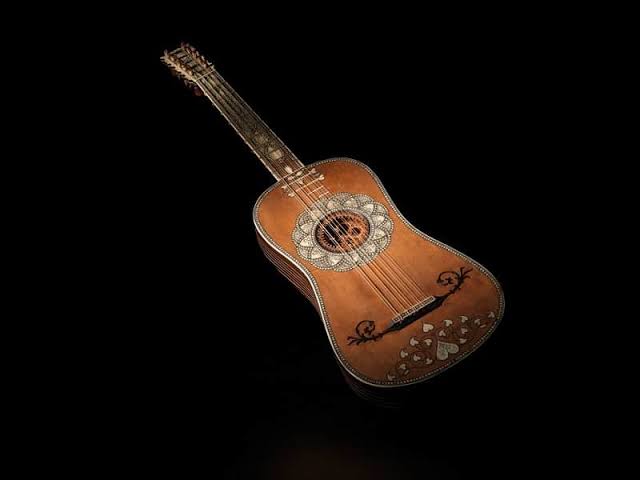 You can play it with your finger or a pick. You can strum it quietly or you can amplify it for maximum sound. What is it? It’s the acoustic guitar, something that, in one form or another has been around for centuries. The main source of sound comes from the strings which vibrate at different frequencies depending on their length, tension and mass. You simply pick the strings to create different notes and tones and, when you put it all together, you are playing music.

In the Middle Ages these instruments were called gitterns, and they looked like and were played like the lute, they even had the rounded back like a lute. As we got into the Renaissance era the size of these instruments got larger and the shape changed into something we would consider more modern guitar like. They originated in Spain and were called vihuelas. This name was a broad term given to many string instruments so in the 16th century they were divided into two categories: vihuela de arco which was like a modern day violin and vihuela de penola that was played either by hand or with a plectrum. If the instrument was played by hand, the term vihuela de mano was used and this is what became the modern day guitar as it used hand movements on the strings and had a sound hole in order to create the music.

While Spain is the birthplace and homeland of the guitar, the real production of them really ramped up in France. They were so popular that people started to produce copies of the famous models. Some even went to prison for stealing famous maker’s work. It was a father son duo named Robert and Claude Denis though who really increased the popularity of the instrument, as they produced hundreds of them during the period.

By the late 1700’s only a six course vihuela guitar was being made and sold in Spain. This became the standard guitar and had seventeen frets and six courses with the first two strings tuned in unison so that the G was actually two strings. This is when we finally see the shape and similarities to today’s instruments. Of course now we have single strings instead of pairs, and by the 19th century, the instrument had fully evolved, except for size, to be the six single stringed guitar that we know today. Today, you can head over to Music Critic to buy reasonably priced acoustic guitars.