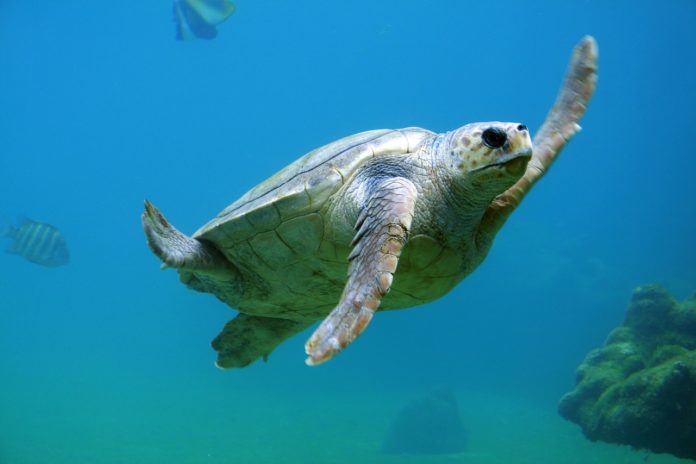 Tortoises are reptile species of the family Testudinidae of the order Testudines (the turtles). They are particularly distinguished from other turtles by being land-dwelling, while many (though not all) other turtle species are at least partly aquatic. However, like other turtles, tortoises have a shell to protect from predation and other threats.

The shell in tortoises is generally hard, and like other members of the suborder Cryptodira, they retract their necks and heads directly backwards into the shell to protect them. Tortoises are unique among vertebrates in that the pectoral and pelvic girdles are inside the ribcage rather than outside.

Tortoises can vary in dimension from a few centimeters to two meters. They are usually diurnal animals with tendencies to be crepuscular depending on the ambient temperatures. They are generally reclusive animals. Tortoises are the longest living land animal in the world, although the longest living species of tortoise is a matter of debate. Galápagos tortoises are noted to live over 150 years, but an Aldabra giant tortoise named Adwaita may have been the longest living at an estimated 255 years. In general, most tortoise species can live 80–150 years.

During the times of evolution, tortoises were among the species that partially made their way out of the water and went back and forth between land and sea throughout their evolution. Exclusively, marine tortoises went extinct about 200 million years ago but the traces of turtles, as we know it, remain. During the Triassic Period, we see the body of the tortoise take its familiar form. From here on, the body remains largely unchanged.

Although the evolution of the turtle can be an easy one to follow, unlike the snake’s for example, there are still missing links and the expected gigantism of most prehistoric animals during the mesozoic and cenozoic eras. Can you imagine a giant tortoise roaming around, eating equally giant plants? Paleontologists can’t seem to pinpoint the exact prehistoric family that modern turtles evolved from, but they can say with confidence that it was not the placodonts, as was previously considered.

Historically, tortoises have had an influence in certain religions. In Hinduism, Vishnu is half-man, half-tortoise and sat at the bottom of the ocean floor after a great flood. In Ancient Greece, the tortoise is a symbol for the Greek God, Hermes. In Ancient China, turtle shells were used to make their predictions.

Today, you can find tortoises living in different parts of the world, growing to different sizes and showing different colors and patterns. The Galapagos Islands are home to giant tortoises and are said to have arrived there about 3 million years ago. One of the most impressive things about these turtles is their ability to survive without food or water for up to a year.