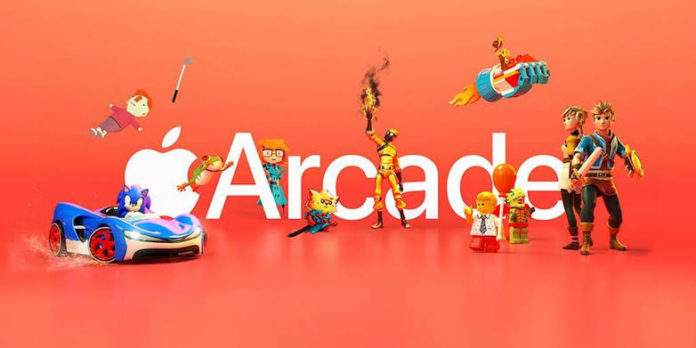 It’s fall, which means we can now start playing games on Apple Arcade — and soon on Google Stadia — and stop wondering how the two services compare. We got our first crack at Apple Arcade, the gaming subscription service that is available now on iOS 13, MacOS Catalina and Apple TV and lets players download and play more than 100 games exclusive to the service on their Apple devices.

On Nov. 19 Google Stadia players will be able to start streaming games if they’ve signed up for Stadia Premiere Edition or Founder’s Edition. Google’s service will work a bit like Netflix, where you stream games to your devices, with Google’s data center handling all the processing.

For both Apple and Google, a game service is a new frontier that takes the wild popularity of gaming apps a step further. High bandwidth fueled by faster Wi-Fi and the upcoming 5G networks have the potential to make streaming games possible with advanced graphics and very little lag. Tapping into the zeitgeist of gaming also opens up more revenue streams by giving Apple and Google ways to charge subscription fees.

For Apple especially, the push into gaming is part of a larger effort to provide services tied to its hardware. Its games service, video-streaming platform and even Apple Music all are compelling reasons to remain loyal to Apple’s world and use an Apple device. For Google, it’s about the cloud, and its gaming platform plays to its strengths, letting players take part in cloud-based gaming and then share gameplay through YouTube.

While we have as many questions as answers about which service may be right for your gaming style and would give you more for your money, here is what we do (and don’t) know about the game platforms.

Stadia: Google at its October Pixel 4 event said you’ll be able to start playing Stadia Nov. 19. You’ll need to have preordered the now-sold-out Stadia Founder’s Edition for $130 — which gets you first access to the service, a controller, and a three-month pass to the $9.99-a-month Stadia Pro — or the still-available Premiere Edition for $140. To play individual games without a subscription, you’ll need to wait till 2020 and Stadia Base, which is a different level of the service.

Stadia and Arcade: How much they’ll cost?

Arcade: You can download and play all Apple Arcade games for $4.99 a month with no in-app purchases on iPhone, iPad, iPod Touch, Mac and Apple TV devices. That prices covers one to six family members across Apple devices.

Stadia: At the starter level, you’ll be able to play games on Stadia at up to 1080/60p for free with the Stadia Base tier by purchasing individual games. Google didn’t reveal pricing for single games.

For $10 a month, you can subscribe to Stadia Pro, which gets you access to some games for free, while others you can purchase to play at up to 4K resolution and 60 frames per second. Stadia will offer discounts on select games, but we don’t know what that pricing structure looks like.

To prime the pump, Google offered the Stadia Founder’s Edition, a $130 limited-edition package that give you access to the service in November, a limited-edition controller, a Chromecast Ultra streaming device, three months of Stadia Pro, a three-month buddy pass so you’ll have someone to play with, and first shot at claiming your Stadia name. The Founder’s Edition is sold out, however, but you can still grab a similar package, the Premiere Edition, for $140 to play in November.

Stadia: Google’s streaming game service will run in a Chrome browser, on a TV connected to a Chromecast Ultra streaming device, and on the new Pixel 4 phones as well as the Pixel 3 and Pixel 3A phones. Google said it will add support for more phones.

Arcade: Apple said some Arcade games will support controllers — including Xbox Wireless Controllers with Bluetooth and PlayStation DualShock 4 and MFi game controllers. The controllers — which will work with Arcade on iOS and MacOS devices as well as on Apple TV — open up interesting possibilities for Arcade gameplay and give Apple an answer to Google’s Stadia game controller.

Who will make the games?

Stadia: Google said it’s working with a range of game developers — including Ubisoft and ID Software — to deliver games to Stadia. At a pre-E3 event earlier this year, Google showed off a dozen games running on Stadia, including Baldur’s Gate.

Google is also opening its own game studio but didn’t offer details on games it has in the works. Stadia will have exclusive games as well as ones available elsewhere.

Arcade: Apple said all Arcade games will be exclusive to the program and won’t be available on other mobile devices or part of other subscription services. The Apple Arcade catalog exceeds 100 games, with new games coming each month, Apple said.

Apple is also getting into the game design business and said it’s contributing to the development costs of games coming to the service.

Stadia or Arcade: Which service is for you?

It still feels a bit early to dig into the pros and cons either way. Having said that, if you like console games and have a good internet connection, Stadia might be a good fit with its controller-driven service. If you’re a casual gamer, attracted to indie games, or want an affordable plan for a family of gamers, Apple’s approach might be a better choice.