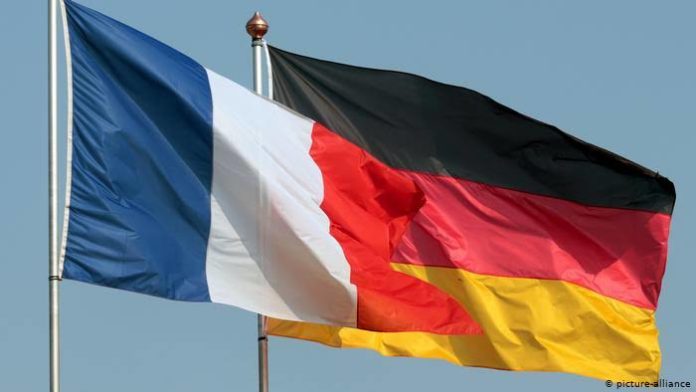 France and Germany each sought to claim European leadership within NATO on Wednesday in the first ministerial meeting since French President Emmanuel Macron warned that the U.S.-led military alliance was experiencing “brain death.”

Public questioning of the alliance comes ahead of a summit in London for NATO’s 70th anniversary in two weeks and reflects both broader transatlantic frictions and the space in leadership left by Britain’s decision to leave the European Union (EU).

Amid questions about U.S. President Trump’s reliability, anger at Turkey’s incursion into Syria last month and American doubts over Europe’s commitment to its own defense, Germany’s Foreign Minister Heiko Maas said Europe must not go it alone.

Maas instead proposed to counterparts at a NATO foreign ministers meeting that Secretary-General Jens Stoltenberg create a commission of experts to debate strategic issues.

Both ideas would widen NATO’s original remit, since its 1949 foundation, of protecting Europe and North America, to potentially encompass new areas such as Syria’s eight-year-old civil war and the Middle East.

Macron, in a Nov. 7 interview with the Economist, expressed doubt about NATO’s security maxim that an attack on one ally is an attack on all. He called for more European defense integration to allow for speedier reactions to crises near Europe’s borders without NATO or the United States.

Macron said there was also a lack of coordination between European allies on the one hand and the United States and Turkey, with NATO’s second largest military, on the other.

“What is important is that the political arm of NATO is strengthened,” Germany’s Maas told reporters as he arrived at the meeting of 29 allies that included U.S. Secretary of State Mike Pompeo, calling NATO Europe’s “life insurance.”

The ideas would also allow NATO to have more of a common vision about the direction of the alliance, which has modernized militarily since Russia’s 2014 annexation of Crimea but which has a limited role in resolving the world’s conflicts.

Le Drian did not speak publicly at NATO but some allied diplomats said they now looked to Paris to raise taboo questions, such as the quality of U.S. leadership given Trump’s previous stance that NATO was obsolete.

“This is about who the natural leader of Europe should be, Paris or Berlin, or possibly both together, and where NATO is heading,” one senior NATO diplomat told Reuters.

Norway’s Foreign Minister Ine Eriksen Soreide welcomed Berlin’s proposals but others sought more consultations. Hungary’s Peter Szijjarto said that while he welcomed the initiative, he was unsure it would solve all issues.

Since taking office in 2017, Trump has accused European NATO allies of not shouldering their fair share of the cost of defending Europe. He demanded they double NATO’s defense spending goal of 2% of economic output, set in 2014.

On Tuesday, NATO foreign ministers agreed to make space a domain of warfare and agreed to closely monitor China’s growing military might, two decisions aimed at showing Trump that the alliance is an asset for U.S. interests.