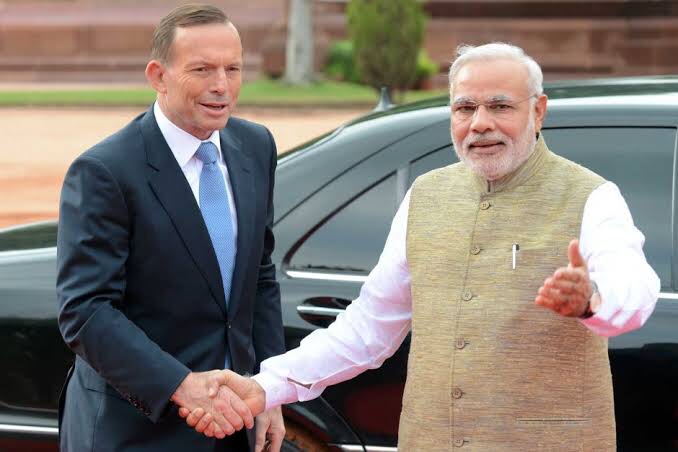 “Had an excellent interaction with my friend, @HonTonyAbbott. Great to see his passion and energy on issues he believes in. He is a strong votary for deepening India-Australia cooperation,” Modi tweeted.

Modi also posted pictures of the two at the prime minister’s official residence.

An official statement later said Modi conveyed his condolences on the loss of life and property in the recent bushfires along the eastern coast of Australia.

He also expressed happiness at the visit of Abbott to India, including to the Golden Temple on the 550th birth anniversary of Guru Nanak Dev.

Modi fondly recalled his visit to Australia in November 2014 for the G-20 Summit in Brisbane, productive bilateral engagements in Canberra, Sydney and Melbourne and his address to the Joint Session of the Australian Parliament.