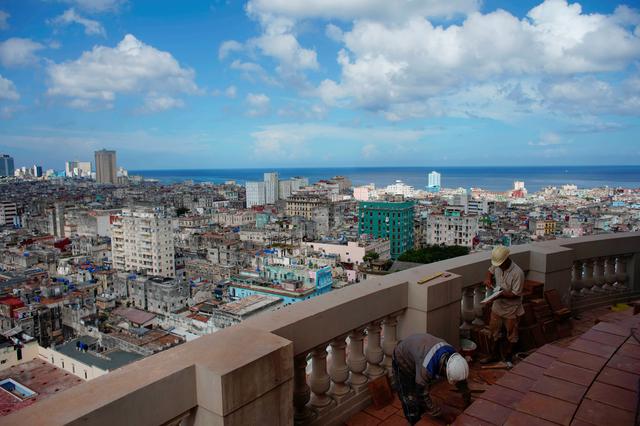 Cuba is in party mode this week, despite tough economic times worsened by tighter U.S. sanctions, as it prepares for its first state visit by a Spanish king, to celebrate the 500th anniversary of the founding of Havana, the capital.

Spain’s King Felipe and Queen Letizia arrive late on Monday for a three-day stay to commemorate the Cuban capital, founded by a Spanish conquistador on Nov. 16, 1519 and considered one of the architectural jewels of Latin America.

The royal trip also underscores Europe’s rapprochement with Cuba’s Communist government, even as the United States doubles down on a decades-old policy of sanctions.

Events to mark Havana’s anniversary include the inauguration of renovated landmarks, concerts, the illumination of city fortifications and a rare fireworks display over the Malecon seafront boulevard.

“We Cubans like to party,” said trade union worker Miryelis Hernandez, 32. “Even if we are feeling low, we know we have to pick ourselves up, so it’s good Havana is celebrating its 500 years and there is a party.”

The royal couple will tour Havana’s old historic centre, a UNESCO World Heritage site boasting an eclectic mix of colonial, Art Deco and other styles that has been undergoing a slow facelift since the 1990s.

Cuba focused more on building infrastructure in the impoverished countryside than on maintaining its cities in the early decades of Fidel Castro’s leftist 1959 revolution, allowing its punishing tropical climate to wreak havoc.

“But paradoxically this patrimony is very deteriorated, and (renovation) efforts have not been enough so far.”

The only big recent changes to Havana’s urban landscape are the construction of a handful of hulking luxury hotels.

One of the main buildings on show for the celebrations will be the Capitol, a neoclassical gem built in 1929 and inspired by Washington’s Capitol.

Reflecting a new geopolitical order, the gilded roof of its cupola was restored with the help of Russia.

Just blocks away, though, are buildings that have collapsed or crumbling, such as the former Hotel Surf on the Malecon, clad in blue and salmon pink ceramic tiles and divided into apartments after the revolution.

“It’s good they are doing restoration work,” said resident Mario Macias, pointing to rotten beams and holes in the ceiling where rain dripped through.

“But maybe they should have started a long time ago.”