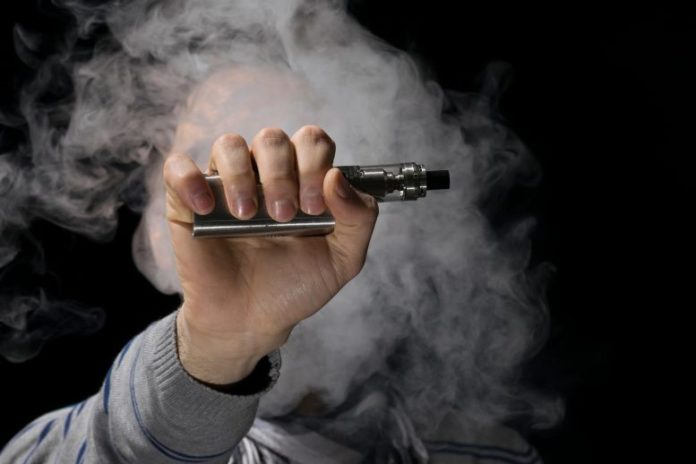 (IANS) Researchers have found that electronic nicotine delivery systems, such as e-cigarettes might be just as harmful to the heart, than traditional cigarettes.

“Our results suggest that e-cigarette use is associated with coronary vascular dysfunction at rest, even in the absence of physiologic stress, these findings indicate the opposite of what e-cigarette and vaping marketing is saying about their safety profile,” said study researcher Susan Cheng, Director of Public Health Research at the Smidt Heart Institute.

A recent study by the US Food and Drug Administration found that 27.5 percent of high school students used e-cigarettes in 2019, as compared to 20.8 percent in 2018.

The study also estimates that in 2018, around 3.62 million middle and high school students were e-cigarette users.

For the current findings, the team of researchers compared healthy, young adult smokers aged 18 to 38 who were regular users of e-cigarettes or tobacco cigarettes.

The researchers then measured participants” blood flow to the heart muscle – focusing on a measure of coronary vascular function – before and after sessions of either e-cigarette use or cigarette smoking, while participants were at rest and also after they performed a handgrip exercise which simulates physiologic stress.

It was also found that in smokers who had inhaled the traditional cigarettes, blood flow increased modestly and then decreased with subsequent stress.

However, in smokers who used e-cigarettes, blood flow decreased after both inhalations at rest and handgrip stress.

“We have known for decades that smoking increases your risk for heart attack and dying from heart disease, now, with this study, we have compelling evidence suggesting that newer methods of electronic nicotine delivery may be equally, or potentially more, harmful to your heart as traditional cigarettes,” said researcher Christine Albert.

Given that e-cigarettes represent a relatively new product in the market, Albert cautions users that there may be a number of unforeseen health effects.

To better understand the potentially dangerous consequences of e-cigarettes, investigators plan on studying the mechanisms underlying changes in heart and blood vessel flow seen in their work-to-date, as well as the effects of e-cigarette use across a more diverse population of study participants including those with existing cardiovascular risk.

“What we are learning from our own research, along with the work of others, is that use of any electronic nicotine delivery system should be considered with a high degree of caution until more data can be gathered,” said study senior author Florian Rader.

The findings were presented at the annual American Heart Association Scientific Sessions 2019.