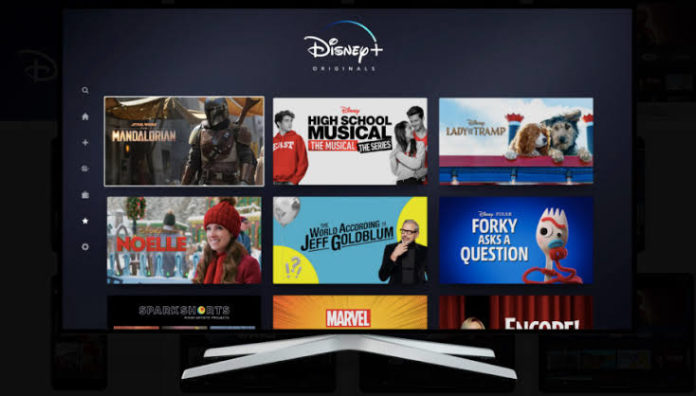 Forget Apple TV Plus and its nine shows: The most anticipated streaming service of the year is Disney Plus. For $6.99 a month, Disney Plus subscribers can watch up to 500 movies and 7,500 TV shows, including high-profile shows and movies like The Mandalorian and Avengers: Endgame.

If you’re a cord cutter, especially one with children, then Disney Plus is probably a must-have. With only a few notable exceptions, competitor Netflix is losing a host of Disney content to the new service, meaning if you or the little ones want to watch Moana, for example, you’ll need a Disney Plus subscription.

The big question: Is it worth the money? It’s Day 1 of Disney Plus, so let’s go hands-on.

Unlike the meager selection offered by Apple, Disney is hitting the ground running on its first day, with a ton of Marvel, a boatload of Pixar and a healthy sprinkle of National Geographic (which is owned by Disney). Depending on the content and device there is support for both 4K HDR video and Dolby Atmos surround sound.

With so many movies and TV shows already online, it’s likely that if you can think of a Disney movie or TV show, it’s there. Even before you try searching, the interface serves up suggestions, including a great mix of nostalgia (Turner and Hooch) and princess movies (Moana). And more besides.

Disney’s ’70s period may be denigrated these days, but the service helps resurface some classics that appeared during that time including the Herbie series and Bedknobs and Broomsticks. The interface will reacquaint you with movies that you may have forgotten were Disney, such as Flight of the Navigator.

While not everything is there — the lack of Descendants 3 and new series like Just Roll With It may disappoint young fans — the search interface works in a similar way to Netflix by suggesting similar content instead. There’s no lack of things to watch.

We tested Disney Plus on Roku, Apple TV, Fire TV and web. If you’ve used any streaming service at all, bar Disney’s own Hulu, then the interface of Disney Plus will be instantly familiar. The top of the screen is a web-like carousel with a selection of Disney’s biggest hits.

Underneath this, the brand’s most popular properties appear across the page as static icons: Disney, Pixar, Marvel, Star Wars and National Geographic. Hover over each on a higher-end device and the icon will animate, and if you click on it a short animation will appear before the branded page appears.

On the branded pages as well as the home page, the rows of icons are titled according to genre and help to hone the content to your requirements. Disney told us that, like the Netflix engine, the Disney Plus interface will adapt to the types of content that you watch over time.

At the left of the screen (on the Roku version of the app) is a Netflix-like sidebar that lets you search for content or choose from your pre-selected profiles.

The only problem I found with the interface is that some popular things might be hidden — if you miss the carousel slide you may not know The Simpsons is there, for example. But this is a problem that larger services such as Netflix also suffer from.

Which devices can I watch it on?

In the weeks before the launch of the service it was touch and go whether Amazon’s Fire TV would support Disney Plus. But thanks to an eleventh-hour makeup the service now has one of the widest distributions, and it’s especially impressive given it’s the first day.

With a Disney Plus subscription you can watch up to four different shows on four different devices at once — whether they are on the go (with offline downloads supported) or on TV at home.

See how it compares to the competition below.

The first day of Disney Plus did have some initial hiccups, with the service straining to keep up with the influx of users at its launch. Disney Plus’ initial service failures included delays in loading content, login issues and pieces of content disappearing. A Disney spokesperson attributed the problems to demand for the service exceeding “high expectations.”

We’ve seen all kinds of weirdness, from internet connection errors to blank screens, but the most unusual of all occurred when we were watching the first episode of The Mandalorian on an Apple TV. The soundtrack somehow doubled up, with dialogue and soundtracks occurring before it happened onscreen and then again in real time. As this was our introduction to the eponymous bounty hunter, we thought the Mandalorian had a squeaky voice as a result — his dialogue was overlapping with the poor alien schmuck he was attempting to capture. “That’s an odd artistic choice,” I thought. Thankfully the error didn’t happen on a Fire TV Stick plugged into the same TV.

It is also worth noting, however, that some of the content on Disney Plus may have changed since you last watched it elsewhere. For instance, The Simpsons is currently only available in widescreen, with no 4:3 option for older seasons. A scene from the original Star Wars movie, A New Hope, has apparently edited the Han-shot-first scene yet again.

Despite some hiccups, the service appears to be worth the extra outlay every month, with plenty of movies for Disney and Marvel fans alike. Unless you want to buy Blu-rays or spend big on streaming retailer Vudu, Disney Plus is the only way you’ll get some of these films.

This is an ongoing review, and we will be adding further thoughts as we test features such as parental controls and whether the early server issues we’ve seen keep occurring. Stay tuned for more updates during the days that follow.