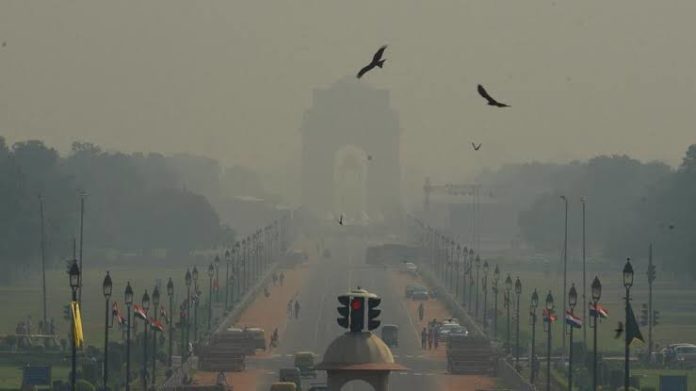 (PTI) Pollution levels in the national capital remained in the “poor” category on Sunday morning.

At 9 AM, Delhi’s air quality index (AQI) was recorded at 281, according to the Central Pollution Control Board (CPCB).

The AQI in adjoining areas of Noida, Greater Noida, Faridabad and Gurgaon was registered at 302, 297, 251 and 253 respectively.

The city recorded a decline in the pollution levels on Saturday with the air quality moving from the “very poor” to “poor” category owing to favorable wind speed.

It was a cold breezy Sunday morning with the minimum temperature settling at 14.5 degrees Celsius.

The weatherman has forecast that the maximum temperature is likely to settle at 29 degrees Celsius and there will be strong surface winds during the day.

Humidity was recorded at 76 percent.