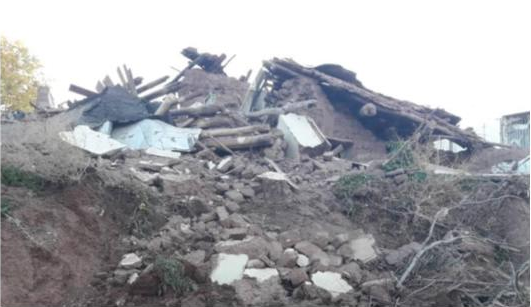 It was a tragedy on Monday when yet another earthquake struck Iran, this time killing five and injuring 330 others, in Northwestern Iran, according to state-run media, Press TV.

The Iranian Seismological Center reports that the 5.9 magnitude earthquake struck in the wee hours of Friday, in the East Azerbaijan Province of Iran, 400 kilometers northwest of Iran’s capital city, Tehran.

There have been 50 aftershocks in the aftermath, and buildings in the affected areas have been badly destroyed. Previous reports had also stated that about three small villages in the region had been destroyed in the quake.

But the destruction was not limited to residential buildings alone. Reports have it that some drilling projects at the Ilam Province also suffered some damage. Although the damage was not enough to halt operations, there was considerable damage done in the area.

Of more significance was the report from a local newspaper that a particular western oil company in the region had suffered some damage and had been significantly affected in the aftermath of the disaster.

Ilam is located in Western Iran, sharing a border with Iraq. The province contains 6% of Iran’s total oil reserves and 11% of its gas. It ranks second in terms of gas reserves, and third, for oil reserves in the country.

The US Geological Survey, USGS, had issued an alert warning about the possibility of significant casualties as well as the potential widespread of the quake. About 20 million people in the area were said to have felt the tremor.

State-run IRINN TV reports that the casualties suffered were as a result of the stampede that occurred as people fled in panic. The broadcaster also quoted officials that more casualties were expected.

The University of Tehran Seismological Center revealed that this particular quake had a shallow depth of 8 kilometers, about 5 miles. But Iran is not particularly new to earthquakes.

The country sits on two major tectonic plates, the Arabian and Eurasian, exposing it to the consequences of frequent seismic activities.

An earthquake close to the Iran-Iraq border had killed about 300 people in November last year. About 400 people were killed in this region when another 7.3 magnitude earthquake struck near the border area in 2017.

The deadliest quake in this century, however, has been the 6.6 magnitude quake that struck Bam in the southeastern region of Iran in 2003. That tragic disaster had killed about 26,000 people and left many homeless.