3.7 Million houses provided to weaker sections in the last 2 years 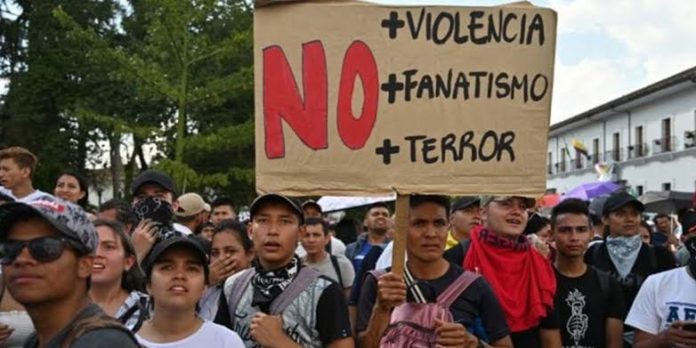 The organizers of strikes against Colombian President Ivan Duque’s policies have demanded new conditions for dialogue with the government, including the possibility of restarting peace talks with leftist rebels.

Over the last eight days, demonstrators have rallied against economic plans – such as a rise in the pension age and a cut to the minimum wage for young people – that Duque denies supporting. They are also angry over what they say is a lack of government action to stop corruption and the murder of hundreds of human rights activists.

The number of protesters has fallen from a 250,000-person march last week but opposition parties in congress are already leveraging the protests to pressure the embattled Duque over his tax reform proposal.

Duque has opened a “great national dialogue” in response to the demonstrations, meeting with business leaders, student groups and briefly, unions.

But the National Strike Committee, comprised of major unions and students organizations, said in a letter to Duque on Thursday his dialogue “does no comply with these minimum requirements and so does no permit advances”.

“We propose…the formation of a pluralistic and diverse National Dialogue,” the letter said, demanding the government implement previous deals made with indigenous groups and students.

The letter also asked for “complete implementation of the final peace accord and the exploration of the possibility of restarting dialogue with the ELN,” referring to a 2016 peace deal with the Revolutionary Armed Forces of Colombia (FARC) rebels and scuppered talks with the still-active National Liberation Army (ELN).

It also demanded the government take action to stop the murders of activists and former FARC fighters, combat corruption and protect the environment.

The protests have expanded in recent days to include alleged police violence, after an 18-year-old demonstrator was killed by a projectile fired by riot police. The letter asked for an end to “all violent action against peaceful marches.”

Duque suspended talks with the ELN, considered a terrorist organization by the United States and the European Union, after he took office.

Hopes for a restart to negotiations were extinguished when the group claimed responsibility for a January bombing at Bogota’s police academy that killed 22 people.

The government did not respond to requests for comment on the letter.

Three other people have been killed in connection with the protests and vandalism, especially of public transit stations, will cost millions to repair.