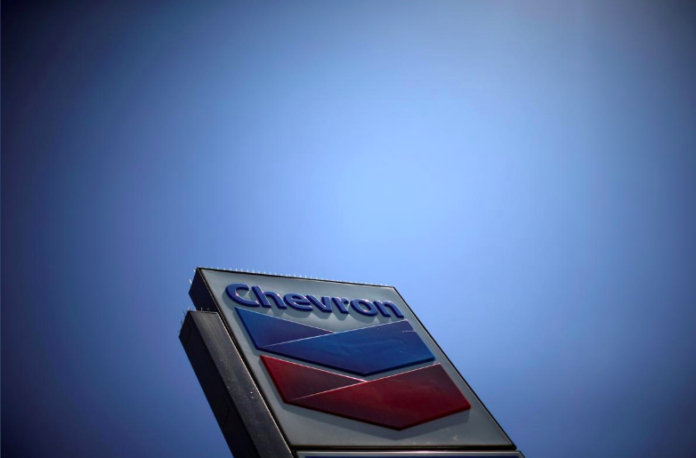 Chevron Corp reported a larger-than-expected 36% drop in third-quarter profit on Friday, hit by lower oil and gas prices despite an overall increase in its output.

Results mirrored weaker earnings at BP Plc and Royal Dutch Shell, which indicated they might delay dividend increases or a buyback program due to low prices. Exxon Mobil earlier on Friday reported its profits fell by nearly half from a year ago, citing lower oil and gas prices.

Chevron’s profit fell to $2.58 billion, or $1.36 per share, in the quarter, from $4.05 billion, or $2.11 per share a year earlier. Excluding one-time charges and foreign currency gains, the company said it would have earned $1.55 per share. Analysts had expected earnings of $1.45 cents per share.

The company offered a tepid outlook for the fourth quarter, saying it expected full-year oil and gas production to fall in the middle of its targeted increase of 4% to 7%.

Chevron shares were down less than 1% on Friday in premarket trading at $115.25.

It also said it expects additional costs in the fourth quarter from “high” refinery maintenance and from a $430 million tax payment.

Chevron’s worldwide net oil equivalent production grew about 3% to 3.03 million barrels per day, but average sales prices fell both in the United States and internationally.