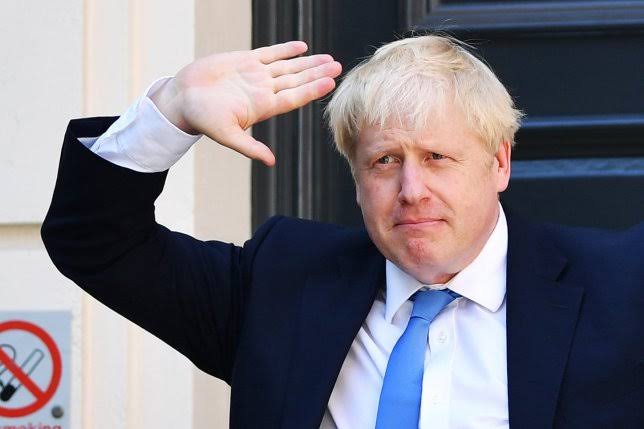 British Prime Minister Boris Johnson will tell business leaders on Monday that his pledge to take Britain out of the EU swiftly will end uncertainty and boost the economy, seeking to win over industrialists who have mainly opposed Brexit.

Johnson called a Dec. 12 election in a bid to end three years of political crisis since the 2016 52%-48% vote to leave the EU that has shaken investors’ faith in the United Kingdom — once considered one of the pillars of Western stability.

Speaking at the annual conference of Britain’s main business lobby, the CBI, Johnson will say that while big businesses made clear they were not in favor of Brexit in the 2016 referendum, they were also now clear they wanted certainty.

“Britain stuck in gridlock and our economy stuck in first gear. Extension to extension. Marching business up to the top of the hill, only to march them down again,” Johnson will say, according to advance extracts.

Johnson, 55, hopes to win a majority to push through the last-minute Brexit deal he struck last month with the European Union. His main opponent, Labour Party leader Jeremy Corbyn, is pitching a government which would nationalize a swathe of British industries and hold another EU referendum.

“With a Conservative majority government you can be sure we will Get Brexit Done and leave with the new deal that is already agreed – ending the uncertainty and confusion that has paralyzed our economy,” Johnson will say.

Opinion polls, which have been wrong on a host of recent electoral events in Britain, show Johnson’s Conservatives are far ahead of Corbyn’s Labour. A Survation poll on Monday put support for the Conservatives on 42% and Labour on 28%.

If no party wins conclusively, the future of Brexit could be thrown up in the air again.

The election pitches two of the most unconventional British politicians of recent years against each other. Both have been repeatedly written off by opponents and both offer starkly different visions for the British economy.

Corbyn, a 70-year-old campaigner who won the Labour leadership in 2015 against the odds, proposes nationalizing utilities and railroads and raising taxes on high earners. He says he will seek a new Brexit deal with closer ties to Europe, and let voter decide whether to accept it, or to stay in the EU.

Making his pitch to business at the same conference, Corbyn will set out his plans to create a climate apprenticeship program to boost the number of specialists in areas such as renewable energy and transport, sustainable construction, low carbon industries, and sustainable agriculture and forestry.

The Conservative Party has made several pledges to business ahead of the election, including cutting tax on business properties, reducing an employment tax, boosting tax relief on construction and cutting tax on research and development.

Johnson’s private life has come under focus in the campaign. A U.S. businesswoman who received thousands of pounds in public funds and traveled on trade trips with Johnson while he was mayor of London, said on Monday she had had “a very special relationship” with him.

The Greater London Authority (GLA) has referred Johnson to Britain’s police watchdog for potential investigation over allegations of misconduct involving his relationship with the businesswoman, Jennifer Arcuri. He has denied any impropriety.

When asked by ITV if she had an affair with Johnson, she said: “I’m not going to answer that question but as you can tell there was a very special relationship there.”