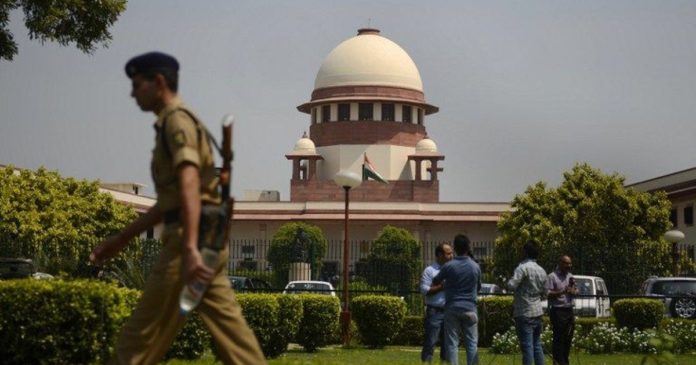 The Supreme Court will pronounce the verdict in Ayodhya land dispute tomorrow, according to news agency PTI. According to latest reports, the judgment will be made at 10:30 am tomorrow. A 5-judge Constitution bench, headed by Chief Justice Ranjan Gogoi, had reserved the judgement on October 16 after marathon hearing of 40 days. It is being said that Saturday is chosen for the Ayodhya verdict as it is a non-working day, keeping the security perspective in consideration.

Ranjan Gogoi is the 46th Chief Justice of India. He has practised in the Gauhati High Court on constitutional, taxation and company matters. He was appointed as a permanent judge of the Gauhati High Court on February 28, 2001. In September 2010, Justice Gogoi was transferred to the Punjab and Haryana High Court. He was appointed as Chief Justice of Punjab and Haryana High Court in 2011 and then a judge of the Supreme Court in April 2012. In the Ayodhya case, CJI Gogoi has been upright in getting an ambulance order in the courtroom. Though he abstains from asking probing questions but often engages other judges on the bench on several critical aspects in the case.

Justice Sharad Arvind Bobde practiced Law at the Nagpur bench of the Bombay High Court with appearances at Bombay before the Principal seat and before the Supreme Court for over 21 years. He was designated as a senior advocate in 1998. Justice Bobde was elevated to the bench of the Bombay High Court on in March, 2000 as Additional Judge. He was sworn in as Chief Justice of Madhya Pradesh High Court in October 2012. In April 2013, Justice Bobde was elevated as a judge of the Supreme Court of India. In the Ayodhya case, Justice Bobde has asked probing questions on the belief and faith of parties involved.

Dhananjaya Yeshwant Chandrachud was appointed a judge of the Supreme Court in May 2016. Previously he was the Chief Justice of the Allahabad High Court. He was a judge in the Bombay High Court from March, 2000. He practised Law at the Supreme Court of India and the Bombay High Court. Justice DY Chandrachud was also appointed as the director of the Maharashtra Judicial academy. Justice Chandrachud has scrutinised the aspect of faith from a legal perspective in the Ayodhya dispute. He has often tested both parties on the relevance of their arguments in the realm of the existing legal regime.

Justice Ashok Bhushan enrolled as an advocate with the Bar Council of Uttar Pradesh in 1979. He started Civil and Original side at Allahabad High Court till elevation to the bench. He worked as a standing counsel of Allahabad University, State mineral Development Corporation and several municipal boards, banks and education institutions. Bhushan was appointed as Senior Vice President of the Allahabad High Court Bar Association. In 2001, he was elevated as permanent judge of the Allahabad High Court. He has served as Chairman, Higher Judicial Services Committee. In 2014, he was sworn in as the judge of the Kerala High Court and took charge as acting Chief Justice in 2014. He was sworn in as the Chief Justice of the Kerala High Court in 2015. He was elevated as judge of the Supreme Court in 2016. Justice Bhushan has been dexterous in pulling out all relevant information from the cross-examination of the witnesses and often probe the counsels on the component of faith attached in the matter.