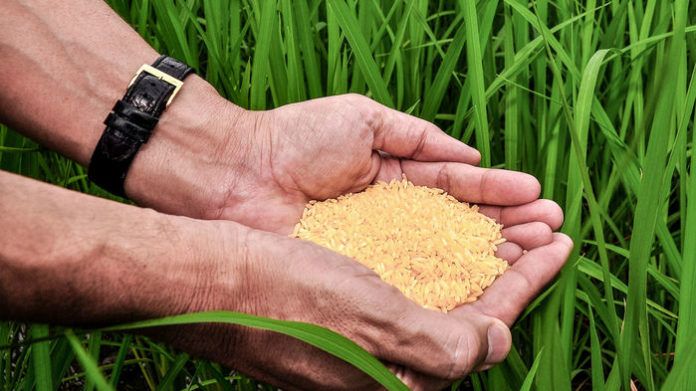 Soon. That has long been scientists’ answer when asked about the approval of golden rice, a genetically modified (GM) crop that could help prevent childhood blindness and deaths in the developing world. Ever since golden rice first made headlines nearly 20 years ago, it has been a flashpoint in debates over GM crops. Advocates touted it as an example of their potential benefit to humanity, while opponents of transgenic crops criticized it as a risky and unnecessary approach to improve health in the developing world.

Now, Bangladesh appears about to become the first country to approve golden rice for planting. “It is really important to say we got this over the line,” says Johnathan Napier, a plant biotechnologist at Rothamsted Research in Harpenden, U.K., who was not involved in the crop’s development. He says approval would show that agricultural biotechnology can be successfully developed by publicly funded research centers for the public good. Still, environmental groups haven’t dropped their opposition—and the first harvest isn’t expected until at least 2021. And more research will be needed to show the extent of real-world benefits from golden rice.

Golden rice was developed in the late 1990s by German plant scientists Ingo Potrykus and Peter Beyer to combat vitamin A deficiency, the leading cause of childhood blindness. Low levels of vitamin A also contribute to deaths from infectious diseases such as measles. Spinach, sweet potato, and other vegetables supply ample amounts of the vitamin, but in some countries, particularly those where rice is a major part of the diet, vitamin A deficiency is still widespread; in Bangladesh it affects about 21% of children.

To create golden rice, Potrykus and Beyer collaborated with agrochemical giant Syngenta to equip the plant with beta-carotene genes from maize. They donated their transgenic plants to public-sector agricultural institutes, paving the way for other researchers to breed the golden rice genes into varieties that suit local tastes and growing conditions.

Over the past 2 years, regulators in the United States, Canada, New Zealand, and Australia approved golden rice for consumption. There are no plans to grow the crop in these countries, but approval will prevent problems if golden rice somehow accidentally turns up in food supplies.

The golden rice under review in Bangladesh was created at the International Rice Research Institute (IRRI) in Los Baños, Philippines. Researchers bred the beta-carotene genes into a rice variety named dhan 29, which is grown widely during the dry season in Bangladesh and contributes about 14% of the national harvest. In tests of dhan 29 golden rice at multiple locations, researchers at the Bangladesh Rice Research Institute (BRRI) in Gazipur found no new farming challenges and no significant differences in quality—except for the presence of vitamin A.

BRRI submitted data to the Bangladeshi Ministry of Environment, Forest, and Climate Change in November 2017. The Biosafety Core Committee, a group of eight officials and scientists, has since been reviewing environmental risks, such as the plant’s potential to become a weed, as well as food safety. The review is nearing completion; on 28 October, the Dhaka Tribunereported that a decision would be made by 15 November.

That date has come and gone; the holdup appears to be due to the death of a committee member. But a source familiar with the committee’s deliberations says some members remain skeptical of golden rice, wondering for example why it is needed when people could also eat more vegetables.

Proponents are optimistic, however. The scientific evidence is strong, the committee previously approved another transgenic crop, and golden rice enjoys high-level political support in Bangladesh, they say. “We are hopeful that golden rice might get the green light soon,” says Arif Hossain, director of Farming Future Bangladesh in Dhaka, which is funded by the Bill & Melinda Gates Foundation to inform policymakers and others about biotechnology.

After the environment ministry signs off, golden rice must be registered by a seed certification agency within the Ministry of Agriculture, which requires field trials in multiple places to test for seed quality. If all goes smoothly, farmers might have golden rice seed to plant by 2021.

How popular it will be is uncertain. Farmers in Bangladesh quickly adopted an eggplant variety engineered to kill certain insect pests after its 2014 introduction, but that crop offered an immediate benefit: Farmers need fewer insecticides. Golden rice’s health benefits will emerge more slowly, says agricultural economist Justus Wesseler of Wageningen University & Research in the Netherlands, so adoption may be slower as well. The government may need to promote golden rice and, Hossain says, even subsidize farmers to grow it.

Consumer acceptance may be another challenge, given the golden hue, says Sherry Tanumihardjo, who studies vitamin A and global health at the University of Wisconsin in Madison. “People have a difficult time changing the color of food they eat,” and many people in Bangladesh prefer to eat white rice. On the other hand, cooked golden rice resembles khichuri, a popular dish of rice and lentils cooked with turmeric, which may increase its appeal. With Gates Foundation support, IRRI and BRRI are developing a strategy for directing farmers’ harvest to rural regions and cities with high poverty and malnutrition rates.

Opposition from nongovernmental organizations could still hobble the introduction. Last month, two groups in Bangladesh—the Agricultural Farm Labour Federation and the National Women Farmers & Workers Association—called for a ban on both golden rice and transgenic eggplant.

If golden rice does make inroads in Bangladesh, additional varieties better adapted to other seasons or locations may follow. Bred at BRRI, they are now in greenhouse trials. Like all local versions of golden rice, these varieties were created not with genetic engineering, but by traditional backcrossing, so they will likely not need biosafety approval. “There will be no problem for a year-round supply of biofortified rice,” says Partha Biswas, a plant breeder at BRRI.

But for now, all eyes are on dhan 29. “It would be great to see it approved,” Napier says. “It’s been a long time coming.”