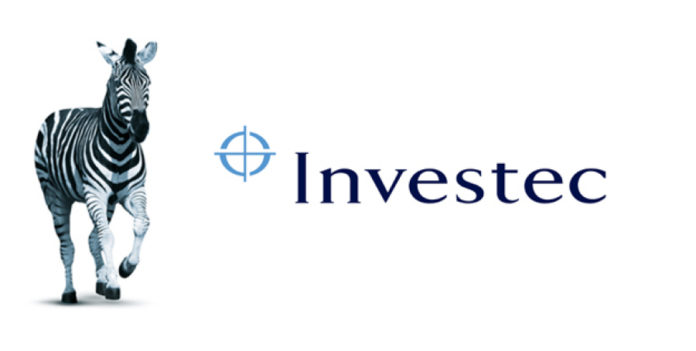 Headline earnings per share, the main profit measure in South Africa, stood at 22.7 pence in the six months to Sept. 30, compared with 27.4 pence a year earlier.

The bank’s adjusted basic earnings per share, which reflect profits made in the course of ordinary operations, were down 4% from 30.1 pence last year to 28.9 pence this year.

Investec was founded as a small leasing and financing company in 1974 in Johannesburg, South Africa, by Larry Nestadt, Errol Grolman and Ian Kantor. It has expanded through a combination of organic growth and strategic acquisitions. It secured a banking licence in 1980 and was first listed on the JSE Securities Exchange in South Africa in 1986, after merging with Metboard, a trust company. In 1988, Investec Bank Limited was restructured into Investec Group Limited (“IGL”), giving Investec Management and staff control of the company. In 1990, Investec acquired property management company I. Kuper & Company (Pty) Limited, Corporate Merchant Bank Limited (formerly Hill Samuel Merchant Bank Limited) and trade finance company Reichmans Limited.

Investec entered the UK market in 1992, by acquiring London-based Allied Trust Bank Limited (‘ATB’), this was the first international acquisition by the Group. In 1998, Investec acquired Guinness Mahon, a leading London based merchant bank, and Henderson Crosthwaite, its stockbroking arm, for £95m. It also bought Hambros plc, another London based merchant bank the same year. It was first listed on the London Stock Exchange in 2002. In 2003 in a Black Economic Empowerment transaction empowerment partners acquired a 21.5% stake in the South Africa-listed Investec.