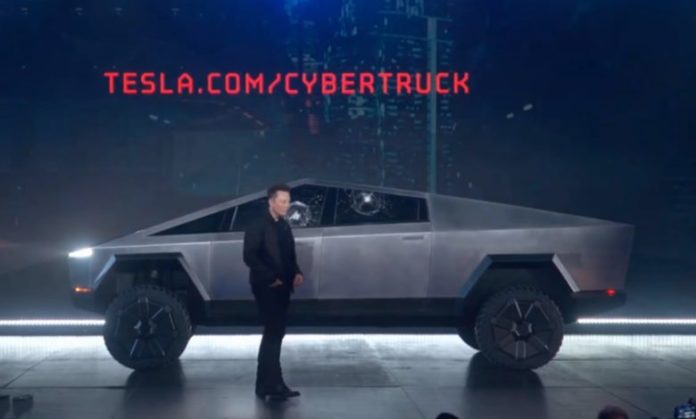 (IANS) Multi-billionaire tech mogul Elon Musks’ net worth on Saturday reportedly plummeted 6 percent, bringing his personal net worth down by $768 million in a single day after a metal ball crashed down the unbreakable glass of his long-awaited Cybertruck during its launch event.

At the Tesla Cybertruck unveiling, Musk asked the company’s lead designer, Franz von Holzhausen, to demonstrate the strength of the “Armor Glass” by throwing a solid metal, baseball-sized ball at the window, but surprisingly the glass broke when the ball was over armed into it, independent.co.uk reported.

“We threw wrenches, we threw everything, we even literally threw a kitchen sink at the glass, and it didn’t break. For a little weird reason it broke now, I don’t know why,” Musk said on Thursday.

Interestingly, the video went private on Tesla’s YouTube channel about 30 seconds after the live stream was over.

Starting at $39,900, Cybertruck is inspired by “Lotus Esprit S1” from the James Bond film “The Spy Who Loved Me”.

The truck will come in three versions with 250 miles, 300 miles and 500 miles of range, respectively.

According to research firm IHS Markit, the Ford F-150 has been the top-selling pickup truck in the US for more than 40 years, followed by GM’s Chevrolet Silverado.

Pickup trucks are currently the fastest-growing segment in the US.

At the Los Angeles event in the Tesla Design Centre late on Thursday, Musk took a dig at Ford, showing a video of a “tug of war” between F-150 and the Cybertruck.