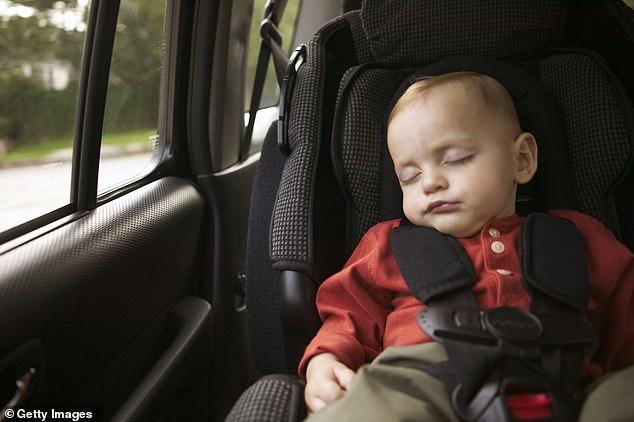 Over-tired new parents who are struggling to care for newborns or children with bad sleeping habits are the most dangerous drivers on the road, a study has found.

The study, by psychologist Michael Gradisar from Flinders University, in Adelaide, said ‘daytime dysfunction’ increases by 14 per cent if a child has bad sleeping habits.

With between 20 and 30 per cent of babies suffering from sleeping problems, that means there’s plenty of tired parents on Australia’s roads, Professor Gradisar explained.

‘We have the idea that a fatigued driver is the one who is driving long distance throughout the night,’ Mr White told Courier Mail.

‘But in reality an exhausted parent out on the road at school times like 8.30am or 3pm could be just as risky.

‘A sleep-deprived mum or dad with poor concentration is potentially the most highly dangerous driver.’

A survey conducted by the ARSF revealed a worrying 52 per cent of parents admitting to speeding, using their mobile phone or driving distracted while their own kids are in the car. He suggested that motorists be extra careful when they come across a parent with a baby in the backseat.

Professor Gradisar warned parents to remain vigilant ‘of their level of tiredness’ and should not be driving if they’re extremely exhausted.