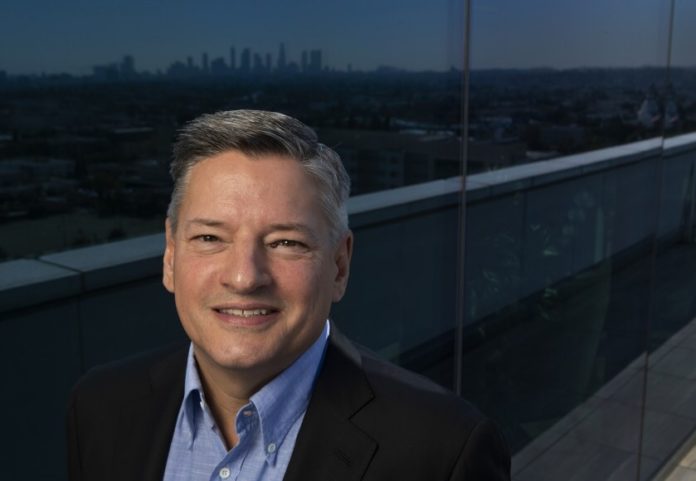 At a downtown coffee shop in 1997, Marc Randolph and Reed Hastings wondered: Could you mail a DVD and have it arrive unbroken?

To test the idea, the friends dropped off a disc at the post office across the street and mailed it to Reed’s home nearby. To their surprise, the disc arrived undamaged, an experiment that soon led to the birth of a scrappy start-up now known as Netflix.

Netflix, a name that combines the internet and movies, was once such an improbable idea that Randolph’s wife thought, “that will never work,” inspiring the title of his recently released book.

The company not only worked, it worked beyond their wildest dreams. It would eventually revolutionize TV, herald the era of binge-watching and upend Hollywood’s long-established order. Netflix poured vast sums into original TV series and films and became the undisputed king of streaming, with more than 151 million subscribers in nearly 200 countries.

Now the Los Gatos company faces an existential challenge from a new crop of rivals who are determined to beat it at its own game. Next month, Apple and Disney will launch their streaming platforms, followed by WarnerMedia and NBCUniversal next year.

Investors have grown skittish about the looming competition. Netflix shares, which closed Tuesday at $270.72, have fallen nearly 30% since the company reported that it lost 126,000 subscribers in U.S. during the second quarter, its biggest decline since 2011. While revenue rose 26% to $4.9 billion the second quarter compared with a year ago, net income dropped 30% to $270.65 million during the same period, according to a filing.

“Netflix is in a much more difficult situation than it’s ever been. It’s a lot more competitive. It’s choppy waters.”

Netflix’s domestic business is slowing at a time when legacy media companies are determined to seize control of lucrative shows that have helped fuel Netflix’s success and lure subscribers to their own services.

“Netflix is in a much more difficult situation than it’s ever been,” said Brahm Eiley, president of the Convergence Research Group, a Victoria, B.C., firm that tracks the streaming industry. “It’s a lot more competitive. It’s choppy waters.”

Though few think Netflix will relinquish its dominance, its market share is expected to decline sharply in the U.S. Last year, Netflix took in 47% of subscription revenues for streaming platforms in the U.S., according to the Convergence Research Group. In 2022, Netflix’s market share will decline to 34%, Convergence said.

To be sure, Netflix has faced challenges before, first with the transition from mail-order-delivery to streaming in 2007, and later its successful foray into original programming with such hits as “Orange Is the New Black” and “House of Cards.”

“We have to continue to do what we’ve been doing, which is make the best content and deliver it seamlessly,” Ted Sarandos, Netflix’s chief content officer, said in an interview from the company’s Los Angeles offices. “I think the bigger you are, the more distractions you have to your core business, the more likely you can’t move as quickly as we’ve been able to through our history. The new set of competitors is actually just the old set of competitors.”

One of the biggest hurdles facing Netflix is that it’s going to lose some of its most popular programs starting next year, analysts say. Its top two most-watched titles in 2018, “Friends” and “The Office,” will leave to go to competing streaming services, according to Nielsen, which tracks ratings. Marvel and Pixar movies will also disappear from Netflix for a period of time. Netflix originals took up just roughly 30% of the time adult subscribers spend on Netflix, according to Nielsen data from October 2018.

Analysts will be closely watching to see how consumers react when they realize shows and movies they were used to seeing on Netflix are no longer part of its library.

Sarandos said Netflix originals are more popular than licensed shows when examined per season and that Netflix will continue its diverse programming strategy, which includes unscripted feel-good programs like “Queer Eye,” sitcoms such as “The Ranch” and acclaimed miniseries such as “Unbelievable.”

“Basically our goal is we’re trying to make your favorite show,” Sarandos said. “For some people, it’s that high pedigree, Emmy-winning, well-reviewed show and other people just want to relax and watch something.”

But as studios reclaim shows for their own services, Netflix will have to spend even more money on original programs like “Ozark” and “Stranger Things” to fill the gap — and keep subscribers coming.

Netflix’s spending on content is projected to climb to $35 billion in 2025, up from an estimated $16 billion this year, according to Pivotal Research Group. The additional spending on new and licensed programming could add to the company’s debt load.

The company reported long-term debt of $12.6 billion in the second quarter, up 51% from the same period a year ago. Its overall streaming content obligations — which includes amounts related to the acquisition and licensing of streaming content — totaled about $19 billion as of Dec. 31, according to a regulatory filing.

In the past, Netflix has been able to raise subscription prices to offset its rising investments in programming, but that option will be tougher because rivals will offer their streaming services at lower prices. Apple TV+ will start at $4.99 a month ($4 cheaper than Netflix’s basic plan). Disney+ will offer a basic plan for $6.99 a month and a bundle package with ESPN+ and Hulu for $12.99 a month. Netflix’s standard plan is $12.99 a month.

“There has been pressure on Netflix and its financial model for years,” Eiley said. “New players in the market only increase that pressure.”

Sarandos said that the company’s spending on content is sustainable given its revenue growth and that Netflix will remain competitive by offering something for everyone.

“The test is, ‘are you getting enough value for the money?’” Sarandos said. “That’s a question that consumers have to answer.”

Netflix also has an advantage in the bidding war because video streaming is its core business, unlike rivals such as Apple and Amazon. Some of Netflix’s competitors could back down if shows become too expensive, said Jeff Wlodarczak, a principal and senior analyst at Pivotal Research Group.

“There are few companies in the world that are going to be able to spend at these levels long term,” Wlodarczak said.

The streaming giant also has landed projects with critically acclaimed filmmakers such as Alfonso Cuarón, (whose film “Roma” won three Academy Awards), Guillermo del Toro and Martin Scorsese, whose much-anticipated gangster film “The Irishman” debuts in November. It’s one of some eight Netflix movies that will debut later this year.

Major theater chains have refused to screen “The Irishman” in protest over Netflix’s strategy of showing films on its platform on the same day — or shortly after — they appear in cinemas.

“For less than the cost of the movie ticket, you get a month of Netflix,” Sarandos said. “At the end of the day filmmakers want their films to be seen, their work to be out there in the culture and that happens on Netflix better than anywhere in the world.”

As the race for consumers intensifies, Netflix will look to grow its subscribers abroad in Brazil, India and South Korea and other international markets.

One area Netflix is investing in is animation, which can be easier to dub into different languages such as Hindi. Netflix launched its first original animated kids shows in India in April called “Mighty Little Bheem” as part of an expansion in the vast market. In India, the company recently launched a cheaper $3 monthly plan for people who only watch Netflix on their mobile devices.

Then there is the push into interactive series that can track subscriber choices on shows. Last year, Netflix distributed a “Black Mirror” film, “Bandersnatch,” that allowed viewers to select what the main character should do from a list of choices on their screens.

Netflix has accumulated a massive amount of data on what people like to watch and when. The information dates back to 1998, when Netflix launched an online store for DVDs.

“They know more about their subscribers than anybody else,” said Aswath Damodaran, a finance professor at New York University’s Stern School of Business. “They need to figure out a way and take that information from their subscriber base and be more focused.”