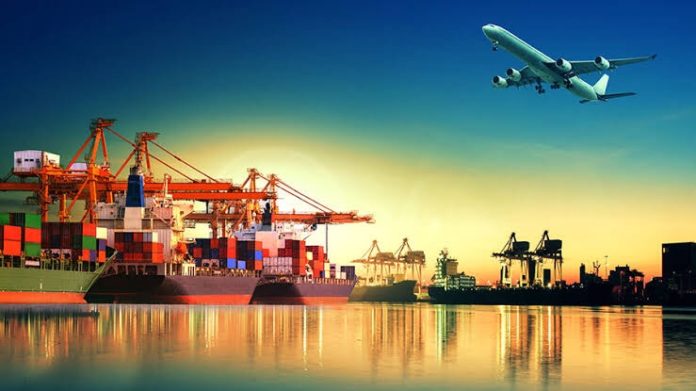 Countries and kingdoms have been trading goods with one another for over a thousand years. No country in the world is self-sufficient. You export the things you produce in excess, and you import things that you can’t produce in large quantities and at affordable prices to meet the local demand. It’s that simple. Here we take a look at the top 10 largest importers in the world.

The ranking below is based on international trade data from the World Trade Organization for the year 2018. Several world leaders have been pushing for protectionist policies in recent years, which could hurt global trade. The US-China trade war has already caused dozens of manufacturers to shift their manufacturing away from China to other countries.

The World Trade Organization keeps track of the total value of physical goods imported and exported from around the world. If the European Union were considered a single entity, it would be the world’s largest importer with $6.5 trillion of imports.

These are the world’s largest importers as of 2018:

This country with a population of 50 million imported goods worth $535 billion last year. Crude petroleum, integrated circuits, petroleum gas, and photo lab equipment are the biggest imports of the country. More than 20% of its imports originate from China. Japan and the US are the other leading trade partners of South Korea.

Hong Kong is a special administrative region of China. Much of its trade takes place with Mainland China. It imported goods worth $626 billion last year. More than 40% of imported goods came from China. Hong Kong’s biggest imports are integrated circuits, broadcasting equipment, telephones, and office equipment.

The Netherlands’ major imports are crude petroleum, refined petroleum, broadcasting equipment, and transport equipment. Germany is by far the largest trading partner of the Netherlands. The Dutch also import goods in large quantities from China, Belgium, Luxembourg, Russia, the United States, and the United Kingdom.

France is one of the world’s largest exporters. But its imports are higher than exports. The country imported goods worth $672 billion in 2018. Its largest imports are automobiles, crude petroleum, refined petroleum, aircraft components, and petroleum gas.

The United Kingdom’s largest imports are cars, crude petroleum, refined petroleum, gold, and medicines. More than a third of goods imported by the UK originate from Germany, China, the United States, and the Netherlands. The looming Brexit could hurt the UK’s foreign trade.

Just like India and South Korea, Japan relies on imports to meet its energy demand. Crude petroleum and petroleum gas are its biggest imports, followed by broadcasting equipment, and integrated circuits. A quarter of Japan’s imports originate from China, and 11% from the United States.

Each of the world’s top three largest importers imports more than $1 trillion worth of goods every year. Germany is a global automobile manufacturing hub. But cars are still the biggest imports of the country. Other major imports are automobile parts, crude petroleum, medicines, and broadcasting equipment.

China is the world’s manufacturing capital and the leading exporter of manufactured goods. Its largest imports are integrated circuits, crude petroleum, iron ore, cars, and gold. A large chunk of its imports originates from South Korea, Japan, the United States, Germany, and Australia. China’s exports and imports fell sharply last month amid the US-China trade tensions.

The United States is the world’s single largest importer, accounting for 13.4% of global imports. It is yet to be seen how the trade war would affect the US economy. Despite President Trump’s decision to hike trade tariffs on Chinese imports, only a small number of manufacturers have moved their production from China to the US. The biggest imports of the US are cars, crude petroleum, electronic equipment, and automobile components. About 22% of its imports originate from China, followed by Mexico (14%), Canada (13%), and Japan (5.8%).