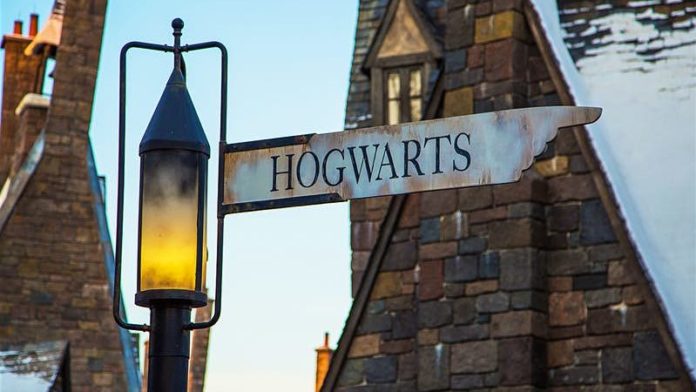 Divining the destinations that suit our personalities to a tee is no mean feat for us mere muggles. If, like this Lonely Planet writer, you’re a hardcore Harry Potter fan, add a little magic into the mix and let your favourite characters inspire your next trip.

Do you consider yourself a Hermione Granger or more of a Harry Potter? Do your pals think you’re the Ron Weasley of the group or (gulp) the Draco Malfoy? Wherever your allegiance lies, use your spellbinding personality traits for good and find out which destination you should accio to your bucket list.

Even the Sorting Hat had trouble placing this character of conflict who toes the line between good and evil. Brave, headstrong and stubborn, this wild spirit also has a deep connection to home. For the Potters of this world, we suggest splitting your time between nostalgic escapes in Suffolk and adrenaline-fuelled adventures in Bolivia.

Explore the half-timbered, medieval houses of Lavenham that inspired the setting for Godrick’s Hollow. Snap a shot of De Vere House which featured in the films as Harry’s birthplace – reportedly it’s the second-most photographed building in the UK after 10 Downing Street. When you’ve had your fill of Suffolk, indulge in a spot of sandboarding, ziplining or jaguar spotting in Bolivia. Like Harry, dance with death along Bolivia’s aptly named ‘Death Road’. This infamous cycle route has over 40 miles of spine-tingling, cliff-edge road guaranteed to leave you feeling like the Boy – or Girl – Who Lived!

Rons may be rough around the edges, but these happy-go-lucky souls are loyal to a fault and love spending time with their friends. Growing up as one of seven children, however, means that while company is appreciated, a trip that encourages peace and quiet should be on the cards.

Retreat to the calm coastal beauty of Northern Dalmatia, Croatia where you and your pals can hole-up in an understated waterfront villa, before island-hopping to some of the country’s lesser-visited spots like Cres, Silba and Pag – the latter being the motherland of the eponymous cheese, a perfect port for snack-fiends like our favourite redhead. Rons would also flourish in laidback Slovenia where rustic glamping options get you out into the mountains or to the shores of Lake Bled – where better to enjoy a game of Wizard Chess among friends.

In her third year at Hogwarts, this knowledge-hungry Gryffindor couldn’t even pick between school subjects, so one or two destinations just isn’t going to cut it. If you too have a brilliant bookish brain, explore the world in an encyclopaedic fashion with a round-the-world trip (Time-Turner not included).

Grangers will revel in the months of research, planning and booking necessary to explore the four corners of the globe. And, as keen activists (best known for their work championing the rights of House Elves), will relish the additional challenge of trying to off-set their carbon footprint by utilising train networks or biking and hiking instead of flying, camping at various locations and using eco-friendly products and services along the way. It’s going to involve a lot more homework, but who doesn’t love extra assignments?!

Beneath his brash exterior lies a lost soul and a kind heart – he did come around to the right side in the end! Having grown up in a huge manor house with a small fortune to play with, Draco is not one to suffer the drudgeries of everyday life.

Fellow Malfoys should make for the Maldives and indulge in an all-inclusive luxury break. Do you deserve it? Probably not. But hey, you’ve got the cash to burn. As Mother Nature’s sunken garden, the Maldives offer unparalleled underwater experiences. Since scuba diving is somewhat meditative, perhaps this activity might afford our reformed renegades the chance to reflect on their past misconduct.

Lunas march to the beat of their own drum. This gentle-hearted, non-conformist is also a pillar of zen: despite having her possessions frequently pinched by the other students, she philosophises that the ‘things we lose have a way of coming back to us in the end, if not always in the way we expect.’

If you align with Luna, let her free-thinking ways lead you to a wellness escape in India. This is the motherland of yoga retreats: Mysuru in Karnataka, the birthplace of ashtanga yoga, has centres citywide or visit International Centre for Yoga Education and Research in Tamil Nadu for comprehensive 10-day to six-month courses. Restore balance in your mind, body and soul with an ayurvedic treatment or connect with Luna’s philosophical side by attending a Bhuddist meditation at one of the centres in Himachal Pradesh.

According to his Chocolate Frog Card, Dumbledore is considered by many to be the greatest wizard of modern times, who also enjoys chamber music and ten-pin bowling. Sure, he’s the only person Voldemort ever feared, but we remember this enigmatic man for his love of Sherbert Lemons, woolly socks and, of course, his beloved phoenix: Fawkes.

Discerning Dumbledores were therefore made for Margate on England’s south coast. This vintage seaside town has risen from the ashes as a top tourist spot and is equal parts camp, kitsch and full of curiosities. Visit the inexplicable Grade I-listed Shell Grotto (why and by whom it was built is unknown), have lunch on the top deck of Rosie the Bus Cafe or spend a day on the beach. Don’t leave without testing your powers (and your stomach) on one of the retro rides at the revamped Dreamland theme park.

Your fascination for fantastical beasts has already taken you halfway across the planet researching elusive Bowtruckles in Germany’s forests and dodging highly-dangerous Lethifolds in Papua New Guinea. For their next adventure, Scamanders should explore the equatorial rainforests of Borneo or the 150,000-plus endemic species of Madagascar.

Borneo’s forests are some of the most wildlife-rich on earth, but the drawcard is their fiery-haired occupants (no, the Weasley’s haven’t emigrated!): their native colonies of orangutans. See them in the wild at Batang Ai National Park (by guided tour only) or visit the heart-stoppingly cute outdoor nursery at world-famous Sepilok Orangutan Rehabilitation Centre. Madagascar has almost mythical status when it comes to wildlife; dive the kaleidoscopic reefs, stand in the shadow of magical baobabs and spot 11 species of lemur in Parc National Andasibe Mantadia.

She may not be your favourite character, but you can’t deny that Dolores Umbridge leaves a mark (literally, in Harry’s case). A devotee of order and a collector of ‘Frolicsome Feline plates’ with a flare for embellished frocks, any Umbridges out there will love Tokyo with its cat cafes and bubble-gum fashion districts.

Tokyo is sleek, serious and well-structured. The trains here run on time and smart signposting makes it a breeze to get around. Beyond the well-oiled infrastructure, get a pop of iconic pink frills at the Harajuku and Aoyama shopping district before lunch at a restaurant staffed by robots. They may have originated in Taiwan, but cat cafes were puurfected in Tokyo. If you’re anything like Dolores, you’ll want to get your furry fix at stunningly-designed Mocha Lounge Ikebukuro or Asakusa Nekoen which rehabilitates stray cats for permanent adoption.