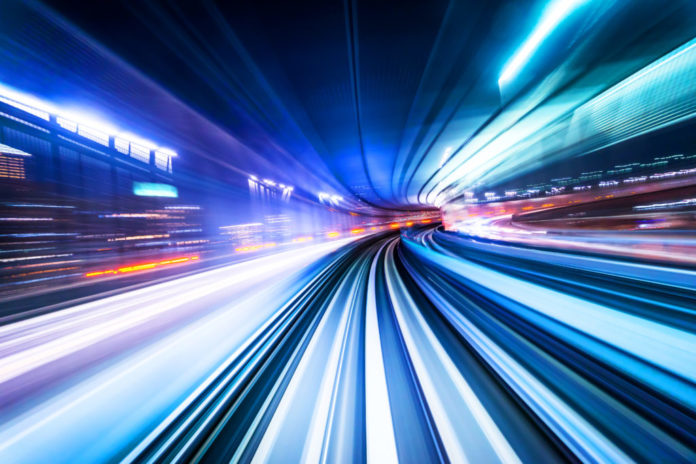 When we were kids, we were amazed that Superman could travel faster than a speeding bullet. We could even picture him, chasing down a projectile fired from a weapon, his right arm outstretched, his cape rippling behind him. If he traveled at half the bullet’s speed, the rate at which the bullet moved away from him would halve. If he did indeed travel faster than the bullet, he would overtake it and lead the way. Go, Superman! In other words, Superman’s aerial antics obeyed Newton’s views of space and time: that the positions and motions of objects in space should all be measured relative to an absolute, non-moving frame of reference.

In the early 1900s, scientists held firm to the Newtonian view of the world. Then a German-born mathematician and physicist by the name of Albert Einstein came along and changed everything. In 1905, Einstein published his theory of special relativity, which put forth a startling idea: There is no preferred frame of reference. Everything, even time, is relative.

Two important principles underpinned his theory. The first stated that the same laws of physics apply equally in all constantly moving frames of reference. The second said that the speed of light — about 186,000 miles per second (300,000 kilometers per second) — is constant and independent of the observer’s motion or the source of light. According to Einstein, if Superman were to chase a light beam at half the speed of light, the beam would continue to move away from him at exactly the same speed.

These concepts seem deceptively simple, but they have some mind-bending implications. One of the biggest is represented by Einstein’s famous equation, E = mc², where E is energy, m is mass and c is the speed of light. According to this equation, mass and energy are the same physical entity and can be changed into each other. Because of this equivalence, the energy an object has due to its motion will increase its mass. In other words, the faster an object moves, the greater its mass. This only becomes noticeable when an object moves really quickly. If it moves at 10 percent the speed of light, for example, its mass will only be 0.5 percent more than normal. But if it moves at 90 percent the speed of light, its mass will double.

That answers our question, but let’s modify the question slightly.

Almost as Fast as the Speed of Light?

We covered the original question, but what if we tweaked it to say, “What if you traveled almost as fast as the speed of light?” In that case, you would experience some interesting effects. One famous result is something physicists call time dilation , which describes how time runs more slowly for objects moving very rapidly. If you flew on a rocket traveling at 90 percent of light-speed, the passage of time for you would be halved. Your watch would advance only 10 minutes, while more than 20 minutes would pass for an earthbound observer.

You would also experience some strange visual consequences. One such consequence is called aberration, and it refers to how your whole field of view would shrink down to a tiny, tunnel-shaped “window” out in front of your spacecraft. This happens because photons (those exceedingly tiny packets of light) — even photons behind you — appear to come in from the forward direction.

In addition, you would notice an extreme Doppler effect , which would cause light waves from stars in front of you to crowd together, making the objects appear blue. Light waves from stars behind you would spread apart and appear red. The faster you go, the more extreme this phenomenon becomes until all visible light from stars in front of the spacecraft and stars to the rear become completely shifted out of the known visible spectrum (the colors humans can see). When these stars move out of your perceptible wavelength, they simply appear to fade to black or vanish against the background.