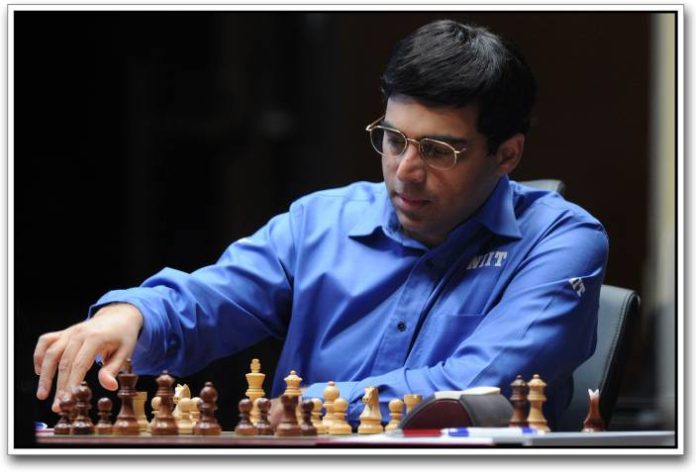 (PTI) Chess legend Viswanathan Anand has authored an inspirational book where he looks back on his experience to share lessons on how to navigate life.

In “Mind Master: Winning Lessons from a Champion’s Life” (as told to journalist Susan Ninan), Anand revisits his greatest games and worst losses, his unique experiences of playing against the best minds, and the methods he employs to prepare for wins, cope with disappointments and, simply, stay in the game.

The book, published by Hachette India, is releasing on December 11.

Currently playing in the Isle of Man International Chess Tournament, India’s first grandmaster and five-time world champion said this book has been an interesting journey.

“I have memories of the major events in my career and life, but when you put them down on paper, you suddenly have to organize your thoughts and are forced to think through them in detail. It allowed me to rediscover many interesting stories and incidents,” he said.

“Above all, it made me realize that during my greatest accomplishments failure was never far away, and in the lowest moments, there were always things that lifted me up. Rather than just making this about my story, I’ve tried to distill in this book some of the lessons I learned, the strategies that helped me perform better and tackle life as it happened,” he added.

Poulomi Chatterjee, Editor-in-Chief and Publisher of Hachette India, said Anand has a unique voice and this book is truly a brilliant and motivating read.

“His achievements and career have been hugely inspirational for so many people, and now not only do we have a first-hand view of his experiences – much that even chess enthusiasts and his followers would find they did not know about – but also a masterclass in navigating life from the mind master himself,” she said.

From the time he learned to move pieces on a chessboard as a six-year-old, Vishy – as Anand is fondly called – has racked up innumerable accolades.

The first World Chess Champion from Asia, he emerged on to the global stage when chess was largely a Soviet preserve, climbed the ranks to become world number one and won tournaments across all formats of the game.

In “Mind Master”, Anand looks back at a lifetime of games played, opponents tackled and circumstances overcome and draw from its depths significant tools that will help every reader to navigate life’s challenges, the publishers said.

There are many nuggets that Anand touches upon with characteristic wit, easy wisdom and disarming candour in the book.