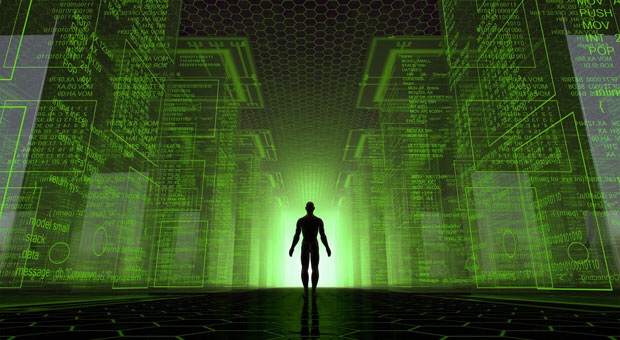 One of the interesting and somewhat underappreciated aspects of the Qualcomm wireless event in San Diego a few weeks back is that 5G will make realistic augmented reality avatars possible. This advance will be possible because with high bandwidth and very low latency, processing could shift from the device to the cloud.

Coupled with the rollout of distributed data centers, to keep latency down, this means you could have realistic virtual pets and friends, or even visit remote locations virtually. Using virtual reality you could not only feel you were there, but also appear to people there as your avatar, rather than as the drone or robot providing you with the experience.

This also creates an interesting path to immortality by advancing the capability of creating digital clones of pets and people. Coincidentally, the first digital human clone was born last week, and I think it opens the door to many interesting future possibilities.

I’ll close with my product of the week: a new portable second screen from Lenovo, the ThinkVision M14.

Moving Local Processing to the Cloud

There are three limitations to creating a realistic AR experience:

Moving the processing to the cloud potentially allows unlimited headroom without the need to carry a workstation on our bodies — a solution for limitation No. 2. Besides, that extra processing power can create an artificial intelligence that behaves realistically like an animal or even a human.

Optics are still a problem, but until we can replace eyeballs, there will need to be a lot of work done to make us accept optical prosthetics in any form. As a society, we don’t view even well-designed glasses well (with the exception of dark glasses, which may point to a solution).

One of the issues for people who are just entering the workplace or who have a job that requires a lot of travel is that schedules make it impractical to have the companionship of a pet. While there are people who travel with their pets, doing so while having to go into work remains problematic. A few companies allow pets in the workplace, but most don’t, so having a real pet could limit your ability to change jobs and advance.

What if you could have a virtual pet that only you could see? It could always be with you. If tied to an AI, it actually could guide you to locations as a GPS solution, converse with you like a far smarter digital assistant, and even provide a rolling commentary that only you could hear. If done right, it could address your need for companionship without the overhead of a living pet.

You could even recreate yourself and have that virtual clone be the best version of yourself. That could be your perfect advisor because you likely would trust a version of yourself that you perfected more than any other person, real or virtualized. Not to mention that this virtual version of you could transcend your life, going on for as long as the technology existed to provide advice to your heirs.

I could use a resource like that, and there are a whole bunch of folks in politics who could use a trusted advisor to keep them out of trouble.

I got a pitch along those lines last week from a company called “1sec inc.” It had turned Hiro Newman into a virtual celebrity influencer. Fully rendered and based on a real person, this is one of a number of efforts to create immortal avatars based on real people.

These efforts are creating the content that we’ll need to populate the planet with realistic virtual people. Not to mention, they could do a lot for in-game NPCs (Non-Player-Characters).

I expect the technology to have a big impact on computer gaming as teams are created using a blend of real and virtual players. You could even digitize top players and provide them, for a fee, as companions to help train or compete with players on their favorite games.

The shift from localized to centralized cloud computing will have a massive impact on how we perceive reality — from being able to re-render the world around us, to being able to acquire both human and non-human virtual companions to help us through our lives, and even to digital immortality.

Granted, that will create some rather interesting and unfortunate side effects, like folks preferring digital pets and mates to real ones. However, it also could help us become better people, as we create advisors to help us become the best versions of ourselves.

It potentially could provide a better model for kids to learn appropriate behavior than watching typical adults in action.

These improvements are just a reminder that our world is going to change massively over the next few decades, so much that magic will seem to become real, and our sustaining offspring could be virtual clones representing our better selves — something to noodle on this week.