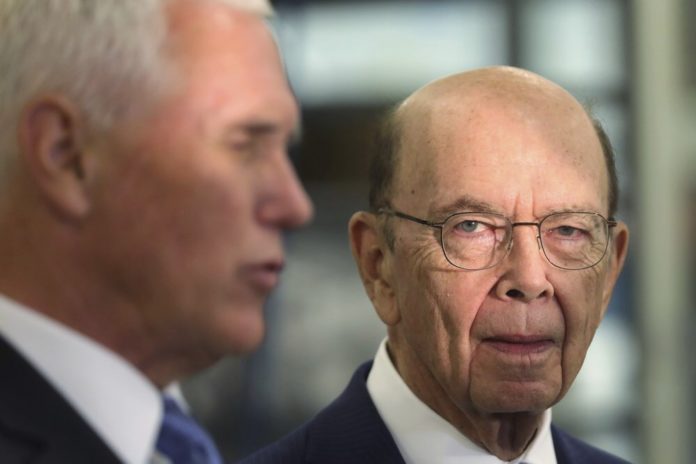 Ross told a business gathering in Sydney on Thursday that President Donald Trump did not want to use tariffs to get China to change its ways but felt it was necessary.

The comments came as U.S. and Chinese officials prepared to resume trade talks in Washington later in the day.

Trump has imposed tariffs on more than $360 billion worth of Chinese goods and plans to tax an additional $160 billion of imports on Dec. 15. His administration accuses China of violating free trade commitments by using unfair tactics to force foreign companies to share advanced technology.

“We do not love tariffs, in fact we would prefer not to use them, but after years of discussions and no action, tariffs are finally forcing China to pay attention to our concerns,” Ross said.

“We could have had a deal two-and-a-half years ago without going through the whole tit-for-tat on tariffs that we have,” he added.

Ross said the U.S. believes China needs to mend its ways. “China has refused to change its behavior,” he said. “In fact, its global trade practices have only gotten worse.

“If we can get China to abide by the global rules of trade, every nation in the world will benefit,” he said.

Resource-rich Australia relies on China for one-third of its export earnings. But Ross told the business leaders America is Australia’s “most important” economic partner.

“China may import more from Australia than the United States does, but their value-add to the Australian economy — and to the lives of Australians — is shockingly limited,” he said.

The U.S. accounts for 27% of foreign investment in Australia, and American companies employ more than 400,000 Australians, he said.

China, by contrast, represents less than 2% of foreign investment in Australia.

“So, I think it’s easy to blow out of proportion who has the more significant relationship with Australia,” he said.