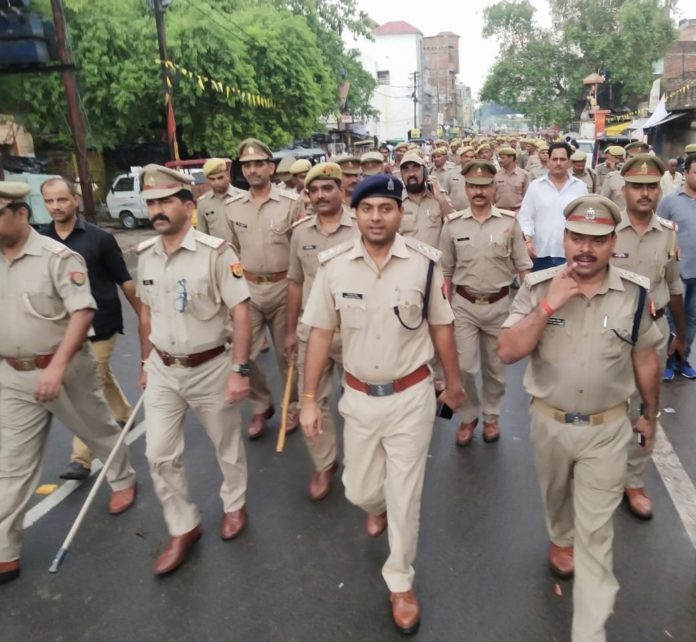 (IANS) Den Ranjan Verma, the Superintendent of Police (SP) in Uttar Pradesh”s Balrampur, seems to be heading for trouble after asking cops in the district to read English newspapers and submit leave applications in English.

The SP issued the order after classes and workshops were organized at several police stations, the district headquarters and the police lines over the past week.

However, top police officials have feigned complete ignorance about the order.

ADG Law and Order P.V. Ramasastry said that he did not have any information about the orders and that the decision was taken at the district level.

DIG Devipatan division, Rakesh Singh, said that he too did not have any information about the decision.

“There are no such instructions from the higher level. Whether the use of English is important or not, it is a policy decision and the Police Recruitment Board, the DGP and others assess what skills our personnel need. I cannot say anything more about this,” he said.

SP Verma however, justified his decision and said: “The reason behind this initiative is that all cybercrime and surveillance information comes in English and our cops need to have a basic working knowledge of the language. I have seen policemen making blunders in understanding court decisions in English. Following this, I decided to take the initiative to ensure police personnel learn, at least, basic English.”

Verma, a 2011 batch IPS officer who joined the district on June 9, added that police constables have now started seeking help from Google to write leave applications.

“I check the applications and correct spelling mistakes. I want them to read English newspapers, buy dictionaries and I will be going to various police stations to ensure this,” he said.

A senior police official in Lucknow, who spoke on condition of anonymity, said that they were waiting for a word from Chief Minister Yogi Adityanath on this decision.

“The SP has done this on his own and unless we get to hear from the Chief Minister, we will neither approve nor disapprove of the initiative,” the official added.