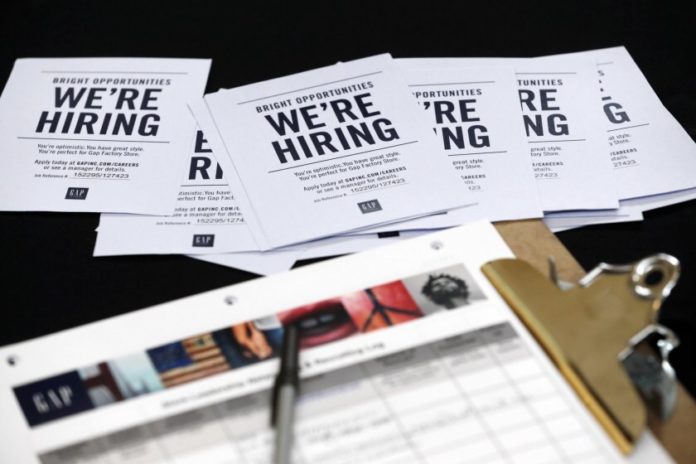 The U.S. unemployment rate fell in September to a new five-decade low of 3.5%, while employers added a modest 136,000 jobs.

The Labor Department says that despite the ultra-low unemployment rate, which was down from 3.7% in August, average hourly wages slipped by a penny. Hourly pay rose just 2.9% from a year earlier, lower than 3.4% at the beginning of the year.

Hiring has slowed this year as the U.S.-China trade war has intensified, global growth has slowed, and businesses have cut back on their investment spending. Still, hiring has averaged 157,000 in the past three months, enough to lower the unemployment rate over time.

The unemployment rate for Latinos fell to 3.9%, the lowest on records dating from 1973.