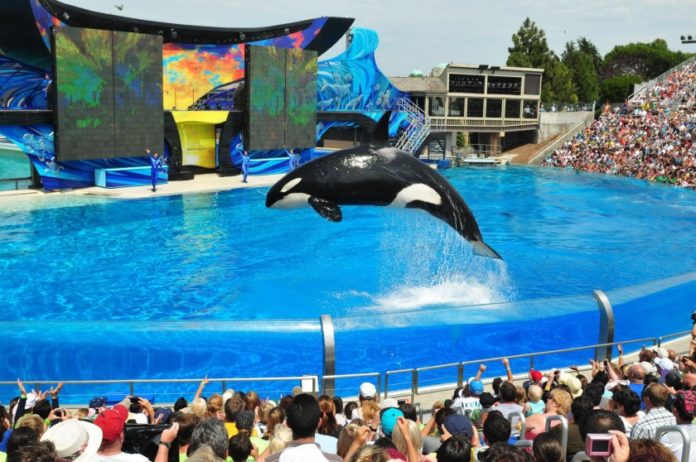 TripAdvisor, one of the world’s most popular travel sites, plans to stop selling tickets to any attraction or destination that holds whales, dolphins or porpoises for public display.

“Whales and dolphins do not thrive in limited captive environments, and we hope to see a future where they live as they should: free and in the wild,” Dermot Halpin, president of TripAdvisor’s experiences and rentals, said in a statement. “We believe the current generation of whales and dolphins in captivity should be the last, and we look forward to seeing this position adopted more widely throughout the travel industry.”

SeaWorld has been a target of animal rights groups for years because of its treatment of orcas, also known as killer whales. SeaWorld decided in 2016 to end its orca breeding program but continue to put on shows with the orcas it has. The chain of theme parks, whose locations include San Diego, overhauled its killer whale shows to emphasize education instead of entertainment. It also has dolphins that perform for visitors.

He added that “regardless of TripAdvisor’s position, SeaWorld will continue to advance education and animal conservation efforts along with our millions of supporters, professional scientists and other science-based organizations around the world.”

Dan Ashe, president of the Assn. of Zoos and Aquariums, said TripAdvisor “is letting voices of a radical minority dictate corporate policy, rather than listening to the voices and preferences of their customers.”

TripAdvisor declined to name specific tourist destinations that would be affected by the new policy but said it would make an exception to its new policy for seaside sanctuaries, which it defined as a “natural body of coastal water, such as a bay or a cove that houses cetaceans” and “must not train their animals to perform in any shows or performance for public display.”

The policy will take effect over the next several months, the company said.

TripAdvisor was recently ranked as the most popular travel site by Comscore, an audience measuring company that said the website had more than 82 million unique visitors in August.