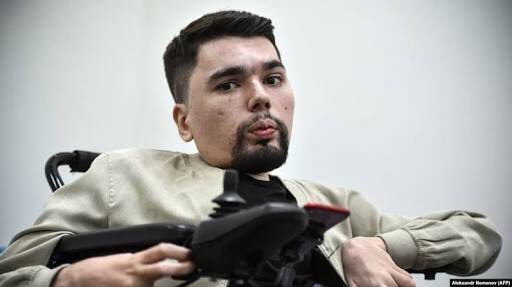 It was late on a Friday in April when Alexander Gorbunov, one of Russia’s most popular bloggers, got a call from his mom. Police officers with automatic weapons had barged into his parents’ apartment, she said, asking about her son, what he does for a living and whether he has ties to terrorism.

Gorbunov felt helpless. He was living in Moscow, a thousand miles from his family home. The police claimed his phone had been used to make bomb threats in Moscow, but Gorbunov suspected a different reason for the raid—that his online rants, posted under the pseudonym StalinGulag, had hit a nerve inside the Kremlin. “Like any authoritarian regime,” he says, “this one is most afraid of being laughed at.” His writings, skewering the government over corruption and mocking President Vladimir Putin, had earned Gorbunov, 27, over a million followers on Twitter.

After the police visited his parents, and later questioned his brothers in Moscow, Gorbunov felt he had only one way to protect himself: take off the mask of anonymity and speak out even louder. “With no independent courts in Russia, no honest justice system, no legal means of defending your rights, the only way to protect yourself, however fleetingly, is to go public,” he says in an interview in Moscow. “That was my only chance.”

The tactic seems to have worked. The police have not pursued charges against him. And after revealing his identity in May, Gorbunov’s popularity in Russia has only grown. His new YouTube channel has racked up over 2 million views for his tirades on Russian politics, which he delivers deadpan each week from his wheelchair. (He has a condition known as spinal muscular atrophy.)

Gorbunov recognizes the difficulty of bringing change to Putin’s Russia but he is comforted by his online supporters.“That means there are people out there who share my thoughts,” he says. “That’s what creates hope for this country’s future.”

Asked about his guiding principles, he remembers a line from Alexander Solzhenitsyn, the author whose long-censored writings helped bring down the Soviet Union: “Live not by lies.”