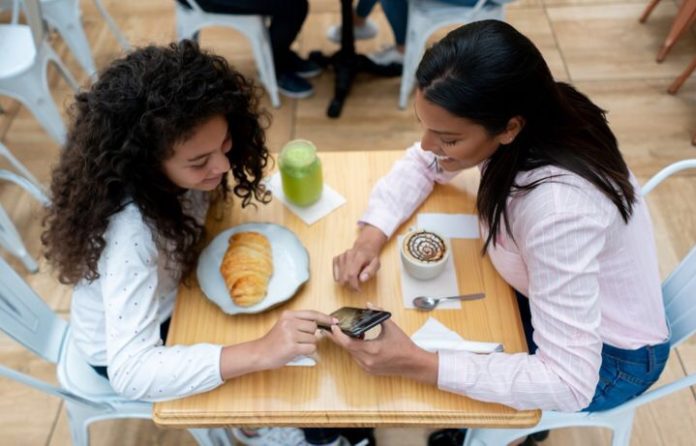 Parents will remember when the CC function first dropped on emails (it stands for ‘carbon copy’, kids) as a unifying thing – in a world before social media or even internet forums – where it was suddenly possible to communicate with several people in different places at once.

They’ll also remember the chaos of dozens of people, half of whom no one seemed to know, responding to different messages in no logical order. The drama of someone mistakenly pressing ‘reply to all’. The pleas of ‘please unsubscribe me from this thread!’

Things have changed, but only technically speaking. Social messaging platforms now allow groups to be better curated, easier to disengage from. But the minefield of misunderstanding still looms around every ping.

Communication breakdowns are more common now, partly because of the rapid interactions not allowing for measured responses, but also because with the generation gap has become so blurred.

Once, the grown ups emailed, while the world of instant messaging belonged to the kids, all the way from MSN messenger to Facebook. But then the older generation started creeping into social media, everyone got smartphones, and WhatsApp sealed it: mum, grandma, best friend, partner and neighbour – everyone is now in on the conversation.

What you can make sure is that when it comes to your family message group, you’re not the one responsible for fail, flounce or fireworks. Follow these tips to ensure your message is received loud and clear.

A family member starts a group with a whole bunch of people you can’t name with a wacky and vague name like ‘Hampstead Days’. Cue relentless pings loaded with comments that mean nothing to you, followed by irritation and envy whenever there’s a notification announcing someone other than you ‘has left the conversation’.

Etiquette: You can mute notifications for any group in both WhatsApp and Facebook Messenger. If, however, you feel like you’ll be asked questions and don’t want to seem rude ignoring them, best to nip it in the bud at hello. Address the OP, make your excuses (saying you’re trying to wean yourself off social media gains universal sympathy), and promptly bow out.

Someone has created a group but left out a key family member. It’s not malicious – people create several groups and this could be one regarding a matter that’s only relevant to those gathered. But leave membership as it is and eventually that person will be discussed, only for them to find out at a later day you all have a group to gossip about them behind their back.

Etiquette: Ask whoever set up the group to make you an admin so you can include others. If there are too many superfluous groups, ask everyone politely to stick to the primary one.

This is bad enough in normal groups, but in family ones – where everyone tends to be more frank – it becomes a little off-putting when two people start discussing everyday matters of no consequence to anyone else. “Arthur, can you pick up some milk?”, “I thought we had milk”, “No, you had a bowl of Cheerios for breakfast, remember?” It can go on like this forever.

Etiquette: If you want to say something to one person, text that person separately. If two others keep doing this, make a joke of it, “get a chatroom, you two.” (Insert appropriate emoji to show you are, indeed, joking).

You want your family group to be lively, a hub of bonding. But the son responds with an occasional “k”, the daughter replies a week later, and your mother keeps streaming clips from Tajikstan’s Got Talent for no discernible reason. Your efforts to engage all involved seems to go nowhere.

Etiquette: All groups need their own time to grow. Don’t bombard people with questions (especially late at night), or berate them for not playing along. Keep messages upbeat, family-orientated and don’t try too hard. When they need you, they’ll know where to find you.