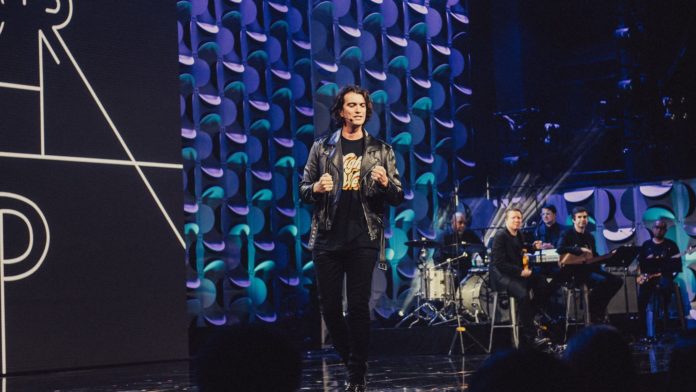 The banking industry, which has consistently been one of the wealthiest industries for the last few centuries, has very few leaders one would call “heroes” or “idols.” Most of them are part of a group of men who fought and finessed their way to the top by being good at corporate politics and managing other bankers.

Silicon Valley, in stark contrast, was built on the myth of the visionary heroic geek. A succession of Tech Heroes — from Steve Jobs at Apple and Bill Gates at Microsoft through Larry Page and Sergey Brin at Google to Mark Zuckerberg at Facebook — embodied the American dream. They were regular guys and middle-class youngsters (several of them from immigrant families), whose new technology changed the world and made them extremely wealthy.

The Tech Heroes also made for fabulous media stories. As their businesses grew, they got breathless press coverage as they promised to “disrupt” one industry or another. It nearly got to the point where if a Google founder sneezed, an article could quickly follow: “Will Google Reinvent the Sneeze?” Critics warned of troubles and monopolies ahead, but their voices were outnumbered and drowned out by the cheerleaders.

With these “start-ups” founded as recently as 2004 and each already worth tens of billions of dollars, it’s understandable why many other businesspeople wanted to don the mantle of Tech Hero. Elon Musk, chief executive of Tesla and SpaceX, has an outspoken Twitter presence, which has ruffled regulators but sold many cars. Travis Kalanick gained both fame and fortune from his car-hailing app, Uber, but a series of scandals and fights led to his ouster.

Arguably the most successful mantle-donner — at least until his recent firing — was Adam Neumann, who had founded and led WeWork since 2010. The company — which rents out office space, mostly to start-ups and small businesses — raised a staggering $12.8 billion in investment capital, at a peak private valuation of $47 billion.

It justified this by presenting itself — as far as it could get away with it — as a tech firm, rather than a stodgy reseller of office space. Its marketing stressed that “millennials are redefining the work force,” and that the company catered to their “productivity needs and stylistic preferences.” One slide in WeWork’s investor pitch deck riffed on the “software as a service” terminology now ubiquitous in the tech world, calling the company’s product “space as a service.” It noted that the company was the “only” provider of this service that was “organized, global, well-capitalized.”

WeWork differed from traditional real estate providers in describing the people who rented space not as tenants but “members.” This allowed for additional innovation in the traditionally boring and predictable realm of financial reporting. WeWork’s novel concept of “community-adjusted Ebitda” puzzled industry veterans by ignoring or setting aside many of the firm’s largest costs and liabilities.

In 2016, the tide of positive press turned against the tech giants. With Facebook implicated in swinging the 2016 United States presidential election via “fake news,” and Google fined for monopolistic practices in multiple countries (and under fire for violating the privacy of children on YouTube), the golden age of tech worship seems to be over.

These two trends — trying to don the Tech Hero mantle, while at the same time tech loses its luster — seem to conflict, but they intersect when it comes to making money. Ever since Microsoft became the first massive software giant, the premise of start-up investing has been this: Take large risks but aim for huge success, such as a monopoly (or close to one) in a valuable part of the economy. Microsoft Windows did that for operating systems, Google for search and Facebook for social media.

A similar rationale justified Uber’s breakneck expansion to become a global transportation solution instead of a regional taxi provider. WeWork also sought “critical mass,” where it would have such a large amount of space available that it could offer a price and a level of flexibility that traditional landlords couldn’t match.

This brings us back to the bankers. Tremendously powerful and profitable, with privileged access to the most important information flows that drive the economy, banks and the largest tech giants are looking increasingly, and eerily, similar.

One obvious difference, at least until very recently, is the public sentiment toward them. Bailed out in 2008 and many times before, bankers have been widely disliked for their combination of massive wealth and easy access to the levers of power — things that allow them to stay on top, regardless of their behavior.

Another difference: There are large firms in the heavily-regulated financial sector, but no monopolies anywhere close to the scale of the tech giants. Halfway through 2019, the world’s five largest companies by market capitalization were Microsoft, Amazon, Apple, Alphabet (Google’s parent company) and Facebook. Only one bank — JPMorgan Chase — scraped into the top 10, in last place.

Will the erstwhile Tech Heroes turn into bankers? The lines of convergence look clear, and it’s hard to imagine tech monopolists maintaining their position when the data they hoard, and hugely profit from, is so critical to the economy. Banks are highly regulated from multiple angles — on privacy of information, on lending practices, on credit scoring and decision criteria — while the internet is still a Wild West.

However the regulation of these monopolies is tackled — whether through breakups, consumer protections and rights, data portability, or other approaches — it’s time to start scrutinizing large tech companies as we do major banks. And to retire the Tech Hero costume.