States in India to get 5.3 Million more vaccines in next 2 days 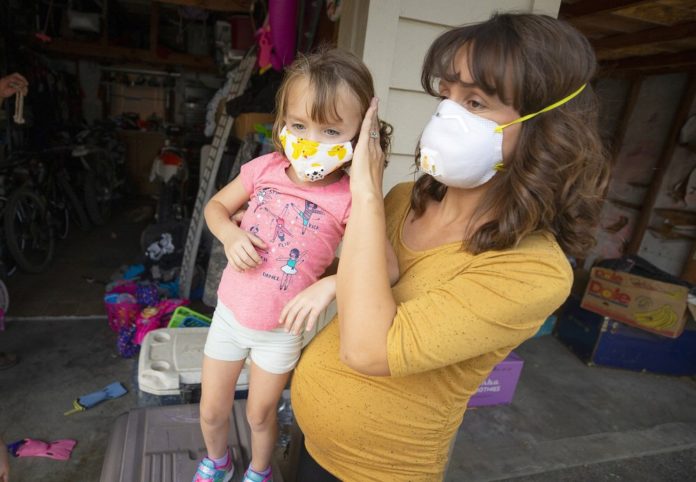 The Latest on California wildfires (all times local):

Evacuations have hit a hospital and jail as authorities fight a Northern California wildfire that is spurring blackouts and forcing people out of neighborhoods.

The Sonoma sheriff’s office says inmates at the North County Detention Facility in Santa Rosa was cleared Saturday and inmates were taken to be housed in Alameda County.

Authorities say about 90,000 people have been ordered to evacuate across a huge swath of Northern California ahead of historic winds predicted near a wildfire that has destroyed dozens of homes.

Cal Fire says severe gusts expected early Sunday could push the fire miles ahead of the main blaze that’s chewed through more than 40 square miles (104 square kilometers) of dry brush and timber. The inland towns of Healdsburg and Windsor were told to leave earlier Saturday. By evening authorities ordered evacuations for wine country communities stretching all the way through the Russian River Valley to Bodega Bay on the coast.

Sonoma County Sheriff Mark Essick pleaded with residents to heed the orders, citing deaths that occurred when fire swept through the area two years ago.

Pacific Gas & Electric says it has begun turning out the power to 940,000 customers — more than 2.3 million people — across Northern California because of growing winds and extreme fire danger.

PG&E says shut-offs began around 5 p.m. Saturday in the Sierra foothills and north of the San Francisco Bay Area. Blackouts will roll through parts of 36 counties and last until at least Monday.

It’s the latest preventative shut-off amid concern that gusty winds could knock out power equipment and spark fires.

Forecasters say the encroaching wind event will peak early Sunday and be among the strongest in years.

Some 50,000 people under new evacuation orders are fleeing Sonoma County communities near a huge wildfire that will be stoked by the new round of winds.

Authorities say human remains have been found within the burned area of a large wildfire that scorched at least six houses in Southern California suburbs.

The Los Angeles County Sheriff’s Department says Saturday that it’s too soon to know if the death is connected to the fire in Santa Clarita. The death is under investigation.

The blaze is 25% contained and authorities have lifted nearly all evacuation orders. Some 50,000 people were forced to flee at the fire’s height.

In Northern California, officials say a firefighter and two civilians were injured when they were overwhelmed by flames as they tried to evacuate from approaching flames in Sonoma County. Cal Fire says the firefighter deployed a fire shelter, which shielded them. After the flames passed, all three were hospitalized with non-life-threatening injuries.

Crews are scrambling to tame the wine country fire ahead of fierce winds expected to whip up again Saturday night.

The utility says blackouts will begin around 2 p.m. Saturday in parts of 36 counties. About 940,000 customers — more than 2 million people — will be affected.

It’s the third preventative shut-off in as many weeks amid concern that gusty winds could knock down power lines and spark fires.

Winds picking up Saturday night could gust to more than 85 mph (137 kph) and make conditions extremely difficult for firefighters trying to tame a huge blaze in wine country.

Authorities have ordered new evacuations for about 50,000 people over concerns about severe winds near a huge wildfire in Northern California wine country.

Cal Fire says winds expected to whip up Saturday night could lead to erratic fire behavior near the blaze that’s chewed through 40 square miles (104 square kilometers) of dry brush and timber. The entire communities of Healdsburg and Windsor have been ordered to leave.

The Sonoma County Sheriff’s Office says it is expected to be the biggest evacuation in the county in more than 25 years.

Meanwhile, Pacific Gas & Electric still hasn’t announced details of a plan to potentially cut power to 850,000 homes and businesses in 36 counties to prevent winds from downing lines and sparking fires.

There’s no word yet from the state’s largest utility on whether it might cut electricity to hundreds of thousands of customers in Northern California as winds pick up and fire danger looms.

Pacific Gas & Electric said it would decide Saturday morning whether to turn off power to 850,000 homes and businesses in 36 counties across the San Francisco Bay Area, wine country and Sierra foothills.

Previous shutdowns occurred over concern that gusts could down power lines and spark fires.

In Southern California, authorities lifted more evacuations as lessening winds allow crews get a handle on a wildfire near suburbs north of Los Angeles.

Millions of Californians are preparing to live in the dark again after the state’s largest utility warned it may cut power for the third time in as many weeks because of looming strong winds and high fire danger.

Pacific Gas & Electric will decide Saturday whether to blackout 850,000 homes and businesses in 36 counties for 48 hours or longer throughout the San Francisco Bay Area, wine country and Sierra foothills.

The two previous shutdowns were done amid concern that gusty winds could foul or knock down power lines and spark devastating wildfires.

Weather forecasts are calling for record strong winds to lash much of the region over the weekend, with some gusts hitting 85 mph.