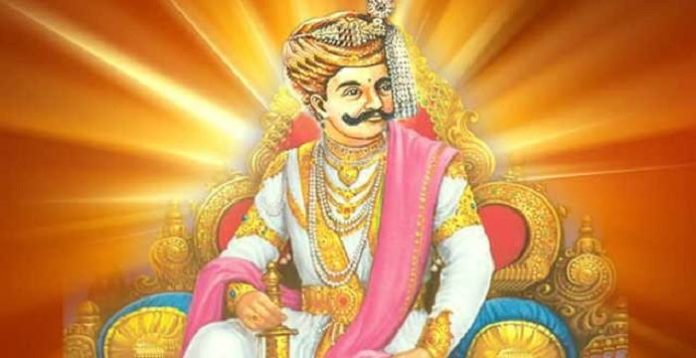 He ascended the throne during the most critical stage of the empire and went on to consolidate it as a flourishing empire. He played a major role in defeating the Bahmani Sultans and Portuguese, forcing them to retreat their plans of expanding their empire beyond their boundaries. Along with his prime minister and mentor, Timmarusu, he defeated the Bahmani Sutans, thereby conquering their fortresses of Bidar, Gulbarga, Raichur, and Bijapur.

He led a major campaign against the Gajapatis of Odisha, following which he seized and captured the fortresses of Udayagiri, Kondavalli and Kondavidu. He is often compared with the greatest emperors of Asia and Europe, due to his brilliant achievements and exceptional ability to maintain political stability in the Deccan. By ruling the three most powerful territories in the southern peninsula of India, he was known by different titles, earned as a mark of respect, such as ‘Kannada Rajya Rama Ramana’ (Lord of the Kannada empire) and ‘Andhra Bhoja and ‘Mooru Rayara Ganda’ (King of three Kings).

Krishnadevaraya ruled during a golden age of Telugu literature. Many Telugu, Sanskrit, Kannada and Tamil poets enjoyed the patronage of the emperor. Emperor Krishnadevaraya achieved fluency in many languages.

He patronized Kannada poets Mallanarya who wrote Veerasaivamrita,Bhavachintaratna, and Satyendra Cholakathe,Chatu Vittalanatha who wrote Bhagavatha, and Timmanna Kavi who wrote a eulogy of his king in Krishnaraya Bharata. Vyasatirtha, the great saint from Mysore belonging to the Madhwa order of Udupi had been his Rajguru who wrote many songs in praise of his devoted king. Krishnadevarayana Dinachari in Kannada represents a recently discovered work. The record highlights the contemporary society during Krishnadevaraya’s time in his personal diary, although some question if the king wrote the diary.

Krishnadevarayalu’s (“Desa bhashalandu Telugu Lessa”) reign marked the golden age of Telugu literature. Eight poets known as Astadiggajalu (eight elephants in the eight cardinal points) formed part of his court (known as Bhuvanavijayamu). According to the Vaishnavite religion, eight elephants stand in the eight corners of space, holding the earth in its place. Similarly, those eight poets constitute the eight pillars of his literary assembly. The membership of the Ashtadiggajas remains uncertain, although they may include the following: Allasani Peddana, Nandi Thimmana, Madayyagari Mallana, Dhurjati, Ayyalaraju Ramabhadrudu, Pingali Surana, Ramarajabhushanudu, and Tenali Ramakrishnudu.

Among those works the last one embodies a dual work which tells simultaneously the story of King Harishchandra and Nala and Damayanti. Tenali Ramakrishna first wrote Udbhataradhya Charitramu, a Shaivite work and later wrote Vaishnava devotional texts Panduranga Mahatmyamu, and Ghatikachala Mahatmyamu. The period of the empire has become known as “Prabandha Period,” because of the quality of the prabandha literature produced during that time. Tenali Rama remains one of the most popular folk figures in India today, a quick-witted courtier ready even to outwit the all-powerful emperor.

Sri Krishnadevaraya wrote the Amuktamalyada in Telugu, in which he beautifully describes the pangs of separation suffered by Andal (one of the twelve bhakti era alwars) for her lover Lord Vishnu. He describes Andal’s physical beauty in thirty verses; using descriptions of the spring and the monsoon as metaphors. As elsewhere in Indian poetry (for example, Sringara) the sensual pleasure of union extends beyond the physical level and becomes a path to, and a metaphor for, spirituality and ultimate union with the divine.

Periyalwar, the father of Andal, plays one of the main characters. Lord Vishnu commands Periyalwar to teach a king of the Pandya dynasty the path of knowledge to moksha. Amuktamalyada, also known by the name Vishnuchitteeyam, refers to Vishnuchittudu, the telugu name of Periyalwar. In the course of the main story of Godadevi in Amuktamalyada, the telugu name of Andal appears throughout. Krishnarayalu proved well-versed in Sanskrit, Tamil and Kannada. Jambavati Kalyanamu is his Sanskrit work.

He strove for the welfare and the enlightenment of Telugu people.