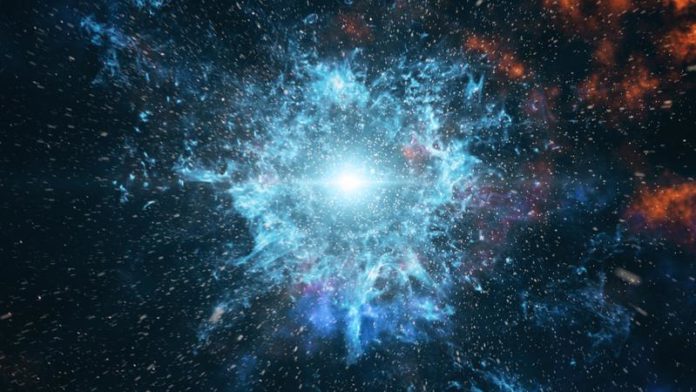 It’s a story as familiar as one of Aesop’s Fables: A long, long time ago, the universe began as an infinitely small, dense point called a singularity. Then, all of a sudden, BANG! In a trillionth of a second, it expanded faster than the speed of light to form the universe we know today. Well, it turns out that the popular understanding of this cosmological origin story isn’t entirely accurate — and scientists have known that for decades. There was probably no singularity, and the expansion of the universe after the Big Bang happened at a snail’s pace compared to the expansion that came beforehand. Yes, beforehand: The Big Bang wasn’t the beginning of the universe.

No disrespect to the Big Bang theory — it’s backed by boatloads of scientific evidence, and it almost definitely happened. This idea, usually credited to Edwin Hubble but actually proposed by a priest and astronomer named Georges LeMaître, first popped up in the 1920s when scientists realized that the furthest galaxies were moving away from us faster than the closest ones. That suggests that it’s not the galaxies that are moving, but the universe that’s expanding — and if it’s expanding, it must have been smaller in the past.

If the universe is expanding, light must be stretching as well. It is, in fact — those faraway galaxies are redshifted, meaning their light wavelengths have stretched out and headed for the red, lower-energy end of the electromagnetic spectrum. But that also means that everything had even higher energy in the past, which means one thing: The beginning of the universe was incredibly hot. As in, too hot for atoms to form. We can see evidence of this, too, in the weak, super-stretched leftover radiation that makes up the cosmic microwave background.

We have evidence for many other steps in the process: We’ve recreated the dense plasma soup that made up that early universe and we know what kind of particles that soup should have coalesced into, which just so happens to be the exact ratio of particles we see in the universe today. We’ve even spotted a black hole that existed around the time that everything had cooled off enough to let light flow freely through the universe. It all matches up.

Except. Except there are a few frustrating pieces that don’t seem to fit the puzzle. For one thing, evidence from the cosmic microwave background suggests that the universe is flat, even though the Big Bang predicts that the universe should most likely be curved. There’s also the fact that everything in the universe seems to be about the same temperature, even though some parts of the universe are so far apart and the age of the universe is so young that there’s hardly any chance these parts were ever in contact with each other to even out their heat. Finally, the violence of the singularity-style Big Bang should have produced ultra-high-energy particles called magnetic monopoles, but so far, these are nowhere to be found.

But if the universe didn’t emerge out of a singularity, what actually happened? According to another theory called inflation, the universe we know was born out of fluctuations in the nothingness of space.

Inflation theory relies on something called vacuum energy. See, even when no matter or even radiation exist, as the inflation theory predicts was the case before the Big Bang, the vacuum of space is still full of energy thanks to pairs of quantum particles that constantly blink in and out of existence. That energy made the empty universe expand at an exponential rate, enlarging it by a factor of something like 1026 in a fraction of a second. As it expanded, fluctuations in vacuum energy left the fabric of space uneven, with random spots where the energy density was slightly higher or slightly lower than average. Eventually, all that energy decayed into matter and radiation that existed in the super-hot, still-expanding state predicted by the Big Bang.

This fixes a lot of the problems with the Big Bang theory in its original form. Inflation predicts a flat universe, and the speed at which it happened allows for everything to end up at the same temperature since it was possible for every point in the universe to have once been in contact. Inflation also says that magnetic monopoles may have existed prior to expansion, but their density would have dropped to undetectable levels afterward. Plus, those fluctuations in the vacuum energy density nicely explains how stars, galaxies, and galaxy clusters formed. If it weren’t for those random clumps of extra energy, humanity would never have existed.

If your knowledge of the Big Bang starts with a singularity, it may be time to revise that old fable. Here, we’ll start: A long, long time ago, before matter or radiation existed, energy bound in the fabric of space made everything expand by a trillion trillion times in less than the blink of an eye. Soon, that energy turned into matter and radiation, which eventually coalesced into stars and galaxies — and the rest is history.