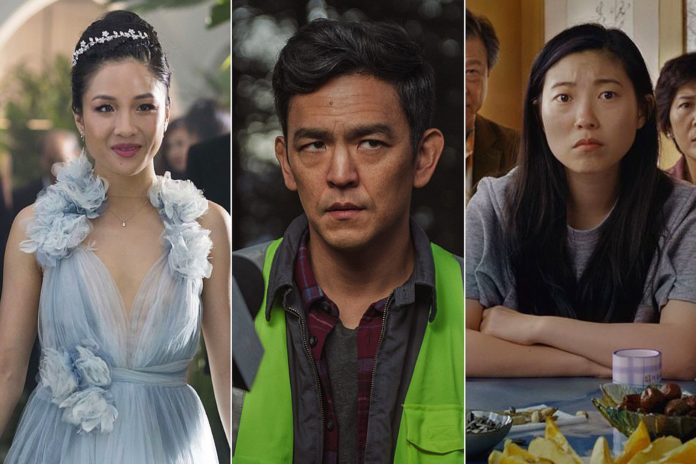 Clearly, it’s time for a canon, a set of films that fans can debate, but which make undeniable that Asian American cinema exists and elicit some consensus about their quality and cultural impact.

True, Asian American cinema has long had a testy relationship with canons. In fact, early films, like those made by Visual Communications in the 1970s, existed to undermine the notion of canons altogether, agitating from the margins against a mainstream that could never understand or assimilate its cultures or politics. In later decades, Asian American film and video explicitly explored image-making too experimental, too queer, too resistant to labels to comfortably assemble into a neat corpus.

However, following the so-called “Class of 1997” when an unprecedented number of feature films premiered at the San Francisco International Asian American Film Festival (including Rea Tajiri’s “Strawberry Fields” and Quentin Lee and Justin Lin’s “Shopping for Fangs”), a wave of self-consciously Asian American films with an eye on national audiences burst onto the scene. Panels and funding opportunities organized by Visual Communications in Los Angeles, Asian CineVision in New York and the National Asian American Telecommunications Assn. in San Francisco provided institutional support for feature films.

Meanwhile, Asian American film festivals in Chicago, San Diego, Washington, D.C., Seattle, Boston, Philadelphia, Austin and elsewhere emerged to promote and exhibit these new works. Whereas an earlier generation of sporadic feature filmmaking (Wayne Wang’s “Chan Is Missing” in 1982, Mira Nair’s “Mississippi Masala” in 1991, Ang Lee’s “The Wedding Banquet” in 1993) found audiences primarily in the mainstream art house circuit, this later wave of films fed a nationwide hunger of Asian Americans to see themselves reflected onscreen and on their own terms. This national festival circuit became an informal distribution network and bestowed the films awards.

We invited over more than 20 Asian American critics and curators who professionally observed and debated the scene for the last two decades to participate.

The titles that fed this growing movement suggest the possibility of a canon that can coexist with Asian American cinema’s more anticanon impulses, which continue to this day.

To determine that canon, we invited more than 20 Asian American critics and curators who professionally observed and debated the scene for the last two decades to participate in a poll. They were limited to films from this period (2000-2019) directed by and prominently featuring Asian Americans. (Canada was bracketed off because while Asian Canadian cinema played the same festival circuit, its films were produced in a different political context surrounding issues of immigration, citizenship and national belonging all central to how Asian American cinema was first defined.)

The resulting list won’t be surprising to longtime fans, but it will be a marvel to the uninitiated. Topping the poll is Justin Lin’s electrifying breakout “Better Luck Tomorrow.” Recent films with Sundance Film Festival pedigrees crowd the rest of the top 10. But after that are lesser-known titles — comedies, family dramas, documentaries — craving rediscovery: films like Spencer Nakasako’s powerful “Refugee” about Cambodian families on two continents, and Grace Lee’s “The Grace Lee Project,” about a Missouri director’s nationwide search to find Asian American women with her same name.

While the top 20 only includes one Southeast Asian director (Ham Tran) and two South Asian directors (Mira Nair and Aneesh Chaganty), the rest of the list reveals broader ethnic diversity, suggesting that even within Asian American cinema are voices still demanding recognition.

If anything, canons should beget other canons, expanding the corpus and making it ever more impossible to deny the vast existence of Asian American filmmaking, or the suggestion that it’s ever needed Hollywood to tell its own stories.

Hu is the artistic director of the Pacific Arts Movement, presenters of the San Diego Asian Film Festival.

Three childhood friends united in their love for skateboarding grow up in a small Illinois town in front of our eyes in filmmaker Bing Liu’s Oscar-nominated documentary, with searing observations on race, class and masculinity.

This exquisitely shaped drama, about a family tragedy that threatens to rip a father and his son apart, heralded the arrival of an important new filmmaking talent in Wang (“The Grief of Others,” “A Bread Factory”).

Ahn’s debut is an achingly sad portrait of a young Korean American man grappling with various forms of identity confusion — sexual, social, cultural — in an L.A. milieu we see too rarely in the movies.

Cho and Richardson give superbly matched performances as two people talking about architecture and thinking about life in a serenely intelligent two-hander set at the intersection of Ozu and Linklater.

Two Korean American brothers (Chon and So) and the African American girl (Baker) they’ve befriended navigate hardships and increasing racial tensions as the 1992 Los Angeles riots turn the city upside down in a bracing American tale from actor-turned-director Chon.

This sensitive adaptation of ‎Jhumpa Lahiri’s bestseller exploring the immigrant experience broke into the mainstream and proved that in an alternate — and more inclusive — universe, Bollywood stars Khan and Tabu would be Hollywood stars too.

A late Detroit-based activist known especially for her advocacy for black communities during the civil rights era, Boggs springs to rich, indelible life in this affectionate but critically thoughtful documentary.

A young surgeon keeps her sexual identity a secret from her mom, who has secrets of her own. A hallmark of lesbian cinema and a beloved comedy of Chinese American women negotiating family honor.

This miraculous microbudget musical, about three high school graduates in the sleepiest of San Francisco suburbs, introduced the world to the inventive eye of Wong and the infectious melodies of composer-lyricist-actor Mendoza.

Writer-director Chaganty’s taut techno-thriller unfolds through the computer screen of a distraught dad as he hunts for his missing daughter, a bold cinematic experiment in storytelling anchored by Cho’s emotional star turn.

What’s in a name? Grace Lee, no fan of her own overused moniker, set out to find the answer — and emerged with a documentary that wittily upends stereotypes about Asian female passivity.

A rejoinder to Oliver Stone and Hollywood’s Vietnam, this shattering, bicontinental family epic collected memories of the Vietnamese diaspora to tell its own story of the years following the fall of Saigon.

Developed out of after-school youth media programs in San Francisco’s Tenderloin district, the documentary tracks three young Cambodian American men who go back to Cambodia to reunite with fathers, sisters and brothers separated by war.

A lonely teenage immigrant’s struggle to make sense of her new surroundings is illuminated with extraordinary sensitivity and visual grace in So Yong Kim’s prize-winning debut.

This Sundance charmer follows a 13-year-old boy’s misadventures growing up in a locale all too familiar to many Asian American immigrants: the family-run motel.

In this eerie sci-fi drama, a young mother wonders if she’s too old and too ethnic for the modern workplace, so she volunteers to transplant her consciousness into a younger, whiter body.

Life’s simple: You make choices and you don’t look back. How did a pulpy action picture e-brake its way onto this list? Directed by Justin Lin, the “Furious” threequel revolutionized a formula, introducing a fan fave (Sung Kang’s Han Seoul-oh) and paved the way for unprecedented franchise evolution.

[*A word about the methodology for point tabulation: Contributors had the choice to submit up to 20 film titles, ranked or unranked. For ranked ballots, points were weighted according to preference: 20 points for #1, 19 points for #2, etc. For unranked ballots, all films received the same number of points, which is an average of the total number of points possible for the ballot.]