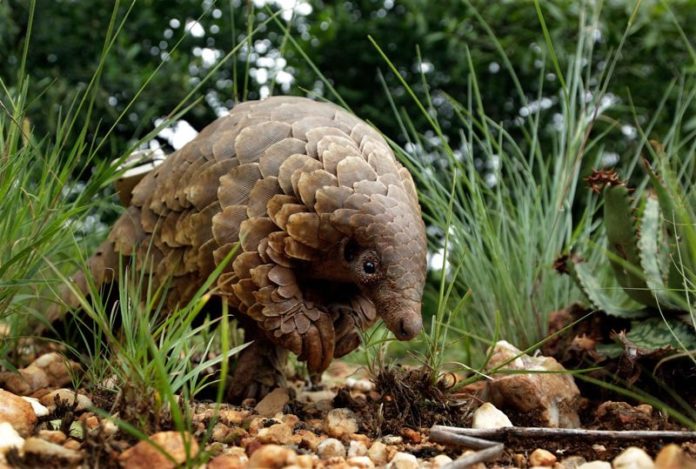 Comprehensive study of mammals, birds, amphibians and reptiles finds that nearly one-fifth of vertebrates are bought and sold around the world.

Almost one in five vertebrates that live on land are traded on wildlife markets — a much greater proportion than previously thought.

The findings come from one of the most comprehensive studies of the international wildlife trade to date, which surveyed more than 30,000 species of mammal, bird, amphibian and reptile. The authors found the proportion of traded animals to be 40–60% higher than previous estimates had suggested, and predict that it could rise to more than one in four.

“This is the first time that somebody has tried to look at the full scope of the problem,” says Stuart Pimm, a conservation scientist at Duke University in Durham, North Carolina, who was not involved in the study.

The authors of the work, published in Science on 4 October, say the findings could help to identify species that are at risk of being wiped out by illegal trafficking, so that policies can be put in place to protect them.

Trade in wild animals or animal parts such as skins, bones or meat is a global, multibillion-dollar business that is driving a number of species towards extinction, says co-author Brett Scheffers, a conservation biologist at the University of Florida in Gainesville. Wild animals are sold as exotic pets or for food, and animal parts, such as pangolin scales, are often used in traditional medicine.

To identify species that are currently traded, the researchers used databases maintained by the Convention on International Trade in Endangered Species of Wild Fauna and Flora (CITES), and the International Union for Conservation of Nature (IUCN), whose Red List provides the conservation status of most species.

The team found that 5,579 of the 31,745 vertebrate species analysed — around 18% — are being bought and sold around the world. This includes more than 2,000 birds and nearly 1,500 mammals, many of which are captured illegally from the wild, although the figures also include legal trade.

The analysis revealed that traded species are more likely to be threatened or vulnerable to extinction than those that aren’t bought or sold. Although it is difficult to assess whether trade is responsible for making species rare or whether already-rare species are more likely to be traded, this finding is “alarming”, Scheffers says, because it suggests that the commercialization of wildlife is threatening species that are already on the cusp of extinction.

He points out that the study looked only at land-based vertebrates, and that if plants, invertebrates and water-dwelling animals were included, the number of traded species would be much higher. “We are literally talking about tens of thousands of species that are being traded globally,” he says.

The researchers estimated that a further 3,196 species are at risk because they have similar features to species already on the market. For example, colourful birds such as Serinus finches or Ploceus weavers resemble the critically endangered yellow-breasted bunting (Emberiza aureola). As this species becomes rarer, traffickers could turn to Serinus finches or Ploceus weavers to meet demand.

Predictions of the species that are likely to be traded in the future could help governments and international organizations to develop regulations that protect those species before they become endangered, says Katarzyna Nowak, a wildlife scientist at the Safina Center, a non-profit conservation group in Setauket, New York.