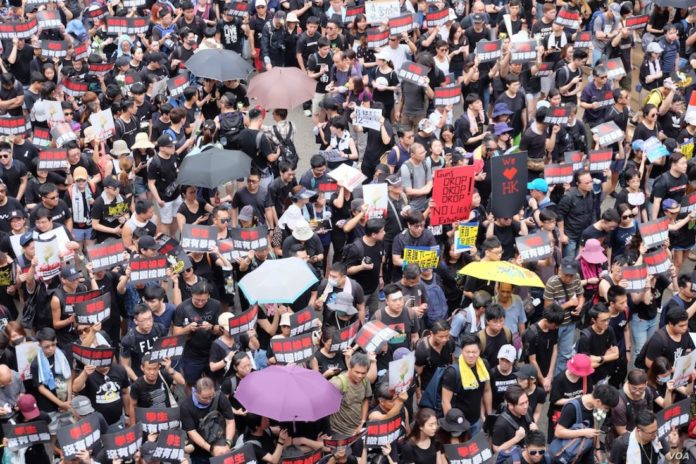 After months of anti-government protests, Hong Kong’s hospitality industry is struggling. But tough times build tough companies. Here’s what we can learn from businesses that have not only survived their challenges but actually thrived because of them.

During challenging times, we see disaster stories turning into successes – bushfires create new growth and the same can be said for businesses during times of financial crisis. By searching for opportunities and using initiative, determination and guts, a company can come out of tough times stronger and more successful than before.

In Hong Kong we’re seeing businesses in the thick of the tough times. As the anti-government protests enter their 17th consecutive week and counting, the tourism industry has been hit the hardest, with visitors steering well clear and local hospitality businesses wearing the loss. With widespread travel alerts issued for travel to Hong Kong, in August alone visitor numbers were down 40% and nervous hotel owners have seen occupancy rates plunge to half while room rates have plummeted 40–70%. Nightly rates of only US$9, a new low, have been seen.

Creative ways to stay afloat are being urgently explored as the local hospitality industry struggles. There are calls for the government to waive rents and rates for extended periods. Zoning rules allowing empty buildings and rooms to be leased or sold to locals for residential use are also being suggested.

There’s no doubt that times are tough in Hong Kong, yet there are some who believe it creates an opportunity to transform the economy and become less dependent on mainland tourists.

Putting a positive spin on a bad situation is exactly the attitude that exemplifies what’s needed to not only survive but to also thrive during a time of crisis.

It’s the companies that master the delicate balance of cutting costs to survive today and investing to grow tomorrow that can navigate their way through these times.

Challenging economic periods can inspire an entrepreneurial rebirth. A crisis doesn’t always need to have a negative result.

How Groupon leveraged the GFC

Groupon, the online ‘deal-of-the-day’ discount coupon company, launched in November 2008 – smack-bang in the middle of the economic chaos of the Global Financial Crisis. What better time to launch a business that offered daily deals and cost savings than when times are tough?

Customers flocked to register, as did businesses, with Groupon offering a relatively inexpensive way to generate sales and brand awareness.

According to Forbes and The Wall Street Journal, Groupon was on target to make US$1 billion in sales faster than any other business in history. Today, Groupon has 46.2 million active users, has sold more than 1.5 billion Groupon vouchers and has resulted in more than US$35 billion in savings to consumers. Not bad for a coupon company launching during the worst financial crisis of our generation.

Netflix and the recession

Legend says that the idea for Netflix came after a friend of founder Marc Randolph told how he’d been charged US$40 for returning a video cassette of Apollo 13 back late to the store. Randolph was equally appalled and inspired. In 1997 Netflix was launched, pioneering the DVD-mail-order service as an alternative to brick and mortar video shop competitors such as Blockbuster.

But it wasn’t until the recession hit that Netflix found its feet, by offering a low-cost alternative to cable and satellite TV. In 2007 it launched streaming, the feature it’s best known for today along with a variety of price plans and services, and the company skyrocketed to success. By 2009, over a 12-month period at the peak of the GFC, Netflix had actually grown by three million more subscribers.

Recessions can be good for entertainment businesses as they can provide people with an inexpensive form of entertainment. Consumers are looking for ways to keep their pre-GFC lifestyle and Netflix provided a reasonably priced way to do that. It offered good value when price-conscious consumers were looking for it.

Netflix saw an opportunity in a struggling financial market – it understood the needs of a frugal consumer base and it had an attractive and innovative product. Today, Netflix is the streaming powerhouse of the world and has nearly 151 million subscribers.

Fun fact
In 2000, the shorts-and-trainers-wearing Netflix founders approached the suit-and-loafer-clad Blockbuster executive and offered to sell their company to Blockbuster for US$50 million – there were synergies between the two operating models that made sense to combine. The company literally laughed in their faces with CEO John Antioco famously saying: “The dot-com hysteria is completely overblown.” In 2010 Blockbuster filed for bankruptcy and today only one Blockbuster store remains in Bend, Oregon.

Clearly, there are lessons here on how to do the wrong thing during tough times as well.