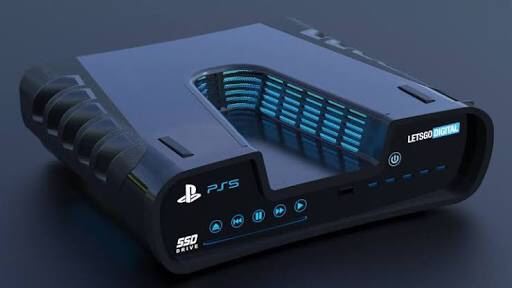 Sony has confirmed that its next-generation console will be called the PlayStation 5 and it will be out in time for Christmas 2020.

Among its improvements will be faster hardware, better graphics and a change to the way vibrations work in the controllers.

In a blog post, the company announced PlayStation 5 will feature a redesigned controller. It will include haptic feedback and improved tactile sensations, such as rumbling and shaking, so that users can better feel what’s going on within a game.

With haptics, you truly feel a broader range of feedback, so crashing into a wall in a race car feels much different than making a tackle on the football field. You can even get a sense for a variety of textures when running through fields of grass or plodding through mud. One of our goals with the next generation is to deepen the feeling of immersion when you play games.

Ryan added that controllers would also be fitted with ‘adaptive’ triggers incorporated into the L2 and R2 buttons.

Developers can program the resistance of the triggers so that you feel the tactile sensation of drawing a bow and arrow or accelerating an off-road vehicle through rocky terrain.

In combination with the haptics, this can produce a powerful experience that better simulates various actions

The PS5 will support ray-tracing, a digital technology which enables more realistic recreation of lighting in the virtual 3D environments found in modern video games.

The updates appear similar to those Microsoft promised for its own next-generation Xbox, currently known as Project Scarlett, which is also due to be released at the end of next year.

Sony has not yet released any images of the console or confirmed any launch games. The cost of the PlayStation 5 is also unknown for now.

PlayStation 5 will launch in 2020 for the holiday season.