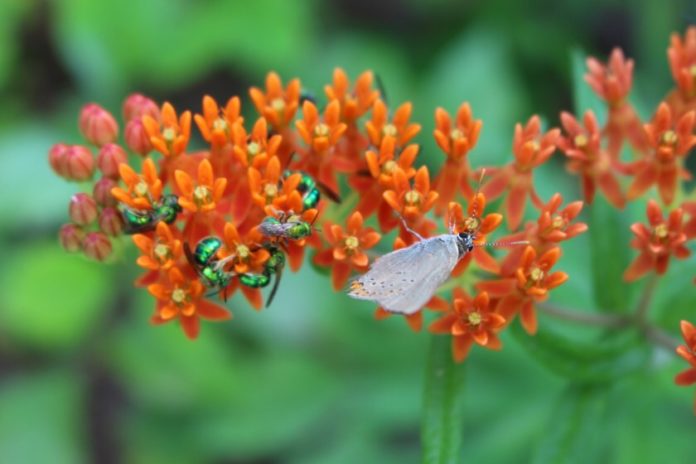 An 18-year experiment that turned forest and farmland into a giant laboratory has found that habitat corridors — thin connectors of land that link patches of natural landscape — can significantly improve plant biodiversity and protect vulnerable species from extinction.

The findings, described in the journal Science, suggest that expanding such corridors could be a useful strategy for preserving and restoring ecosystems in the country’s shrinking wildlands.

Across the world, humans have eaten away at natural landscapes, culling trees for timber or clearing land to make way for agriculture, housing or commercial development. That habitat loss is a problem for the plants, animals and fungi that live in them, putting them at greater risk of endangerment and extinction. And that’s bad news for everyone — humans included — because these ecosystems provide services we all need, such as water purification, carbon sequestration and the pollination of crops and other plants.

To make matters rose, humans have chopped much of the remaining land into isolated patches, further reducing the survival prospects for species that live there. In Southern California, for example, freeways have divided the region’s mountain lions into small, inbred populations.

Plant species can suffer as well. That’s particularly true of longleaf pine savanna, an ecosystem that once covered an estimated 92 million acres and dominated most of the Southeastern seaboard from Texas through to Florida and up to southern Virginia.

With an open canopy structure, grasses and understory plants were able to thrive alongside trees, making the system rich in plant biodiversity. It’s home to endangered species such as the red-cockaded woodpecker and threatened species such as the gopher tortoise and the indigo snake, not to mention many plant species that are unique to the ecosystem.

Native Americans had long managed the longleaf pine savanna with periodic burns, supplementing the low-intensity wildfires that were already part of, and essential to, the ecosystem’s health. But poor stewardship by European Americans — particularly starting in the 1830s, when steam engines made logging for timber a more profitable enterprise — have ultimately reduced it to less than 3% of its original range.

What remains is often fragmentary. One potential solution, of course, is to expand those patches by returning more land to nature. But that could be a hard sell for farmers and other landowners.

Researchers have long explored another option: creating habitat corridors between these patchy bits of ecosystem. This requires less land while still allowing species to grow and spread, making it easier to weather any unexpected surprises.A long-term experiment at at the Savannah River Site in South Carolina demonstrated the value of connecting isolated patches of wildland with habitat corridors.

But exactly how effective are such corridors over time?

To find out, Ellen Damschen, a plant ecologist at the University of Wisconsin-Madison, and her colleagues set up a large-scale experiment at the Savannah River Site in South Carolina. Historically, the land was used for farming. Later, nuclear reactors were built nearby to supply plutonium and tritium for nuclear weapons. Now a nuclear reservation owned by the Department of Energy and managed by the U.S. Forest Service, the site is slowly beginning to reforest.

In this mix of wildland and abandoned farmland, Damschen’s team set up 10 experimental fields of longleaf pine savanna, each containing four test patches measuring nearly 14,000 square meters (about 3 1/2acres). Some patches were single rectangles, alone and untethered. Others were connected to another patch by a thin corridor, 25 meters by 150 meters long. Still other patches remained isolated but had half the length of a corridor placed on either side, like wings.

For 18 years, the scientists tromped through these patches every summer. They set up a grid in each patch and counted all the species in every square in that grid. It was grueling work, often done in high humidity while the heat index exceeded 100 degrees. For experienced biologists, surveying the 239 plant species in each patch took about three hours, all while carrying gallons of water on their backs.

Those differences might sound small, but they compounded over time like interest on a savings account. After nearly two decades, there were 14% more species in the connected fragments than in the isolated ones, according to the report.