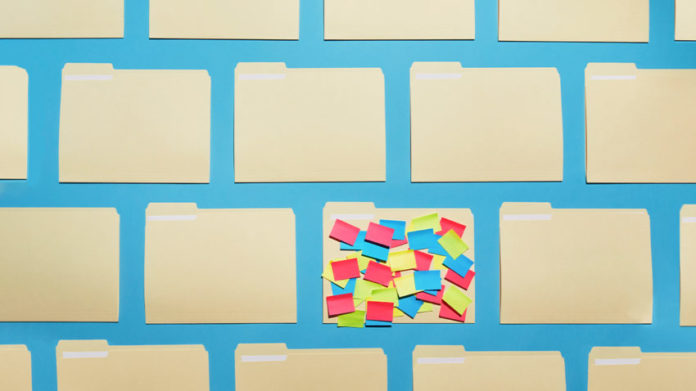 In survey after survey, the execution of carefully developed strategy comes in as a key problem that evades solution by executives. They acknowledge that they can’t seem to get it right. It’s one thing to design a strategy in the boardroom and quite another to get it operating at all levels of the organisation.

Here’s an example involving an oil and gas company I’ll call Pacific. Their implementation issue started when the board and senior executive team flew to Hong Kong for a “strategy retreat.” Over the course of three days this group of six board members and eight executives listened to presentations, reviewed financials, and developed 26 “strategy statements.” They didn’t use a theoretical framework to come up with these statements, the details were simply thought out by the assembled group. Twelve months on and the needle on execution had barely moved. This was the second year in a row this had happened. The CEO decided it was time to do something – anything.

That’s when I was brought in as a strategy consultant. When I reviewed their “strategies” I could see that they used the word loosely – not that this is uncommon. They were really a mixture of nice-to-happen results, e.g. “become an operator of .…” and goals, e.g. “an engaged workforce ….”. But, in the main, the list was composed of descriptions of corporate-level programs, e.g. “enter into strategic alliances with .…”

The question was: how could Pacific move this material forward to make a genuine difference to business performance? Here are a few principles that guided me in the task of helping Pacific to answer it.

Pacific’s recurring nightmare on execution started with the number of strategy statements it had decided to implement. I could see from reviewing the 26 that they required much resources and considerable executive time. It would be a mammoth task.

I recalled a previous client’s experience. One of the senior managers at their strategy retreat said: “I don’t know why we do this. Each year we meet. We write all this stuff down and hardly any of it gets done.” I sensed a feeling of disillusionment and described this to the group as “setting yourselves up for failure.” I suggested, “better to aim for a few important things for the year and celebrate success when they’re achieved.”

So the first step to successful execution in Pacific’s case was to identify three of the 26 strategy statements that were most important to performance and focus on them. The remaining statements would be implemented over time, just not in the next 12 months.

Each of the three chosen statements had to be translated into action. So one of the first things we did was to design an action-plan to capture the actions as they were developed in the subsequent workshops.

What’s an action? You might think it’s obvious – but no. “Action” is often confused with “activity.”

As I pointed out to the teams, an action starts with an imperative.  “Train staff in the new customer relationship management system” is an action that I can assign to someone for completion by a certain date. By contrast, the use of a gerund like “training staff” denotes no more than an ongoing process. It’s not addressed to anyone.

Give the Statements Real Owners

The very nature of strategy statements works against their execution. They’re developed at the organization level but implementing them involves individuals in specific departments. We’re jumping from one level to another. Take this strategy statement from Pacific: “Enter into strategic retention and development licenses.” When we sat down to consider implementing this, we found that it involved three departments – Legal, Finance and Operations.

That’s a problem because no one department “owns” it, i.e. is responsible for making sure it happens. You could argue that the CEO owns it – and owns all the strategy statements. But in this case, given his involvement in issues outside the organization, that wasn’t feasible. So the decision was made to assign an “owner” for each of the three chosen strategy statements from the department heads.

These “owners” answered directly to the CEO and became accountable for that strategy’s execution. For example, “Manage health and safety in line with international best practice” concerned employees, so it was assigned to HR. The head of Operations became the owner of “Enter into strategic retention and development licenses,” and Operations was responsible for coordinating inputs from Finance and Legal.

Separate Out Your Strategy Meetings

Strategic issues and operational issues always compete for senior executive attention. If the day-to-day (operational) problems appear on an executive meeting agenda alongside the longer-term (strategic) problems then, try as the chairman may to achieve otherwise, the day-to-day will take precedence. All managers I know acknowledge this problem without hesitation.

One solution is to create two meeting schedules for executing on a strategy: one for operations reviews and the other for strategic reviews.

I have two other clients who split meetings. One is a public company in insurance, the other a private company in transport. The COO of the insurance company reports that “we’ve found that this [having separate meetings] is the only way to keep strategy moving.” The transport company has monthly “executive meetings” at the group level. The General Manager for the business unit in freight, reports that these meetings are “steered towards strategy.” For her business unit, she holds fortnightly “management meetings” which are operational in focus and, continuing the cascade, weekly meetings to schedule “production for the week.”

We’ve all heard the saying “what gets measured, gets done.” Well, it’s not quite right. Numbers are important, no doubt. They certainly help to attract peoples’ scrutiny, and they should be employed in any evaluation. But what we really respond to is attention from other people – especially if that attention comes from our boss. The hierarchical structure of organizations dictates this.

You can witness this in organizations. If a manager stops asking about results on “improving quality”, for example, and staff haven’t heard about that of late, they revert to other issues that they might favor, like “output.” If this lack of attention becomes widespread, “improving quality” drops down everyone’s list of priorities.

To solve this, and this is a vital step, assign someone in authority to call statement owners to account by regularly inquiring about execution progress. In Pacific’s case, the monitoring role fell on the shoulders of the COO – Chief Operating Officer – who conducted the monthly strategy meetings