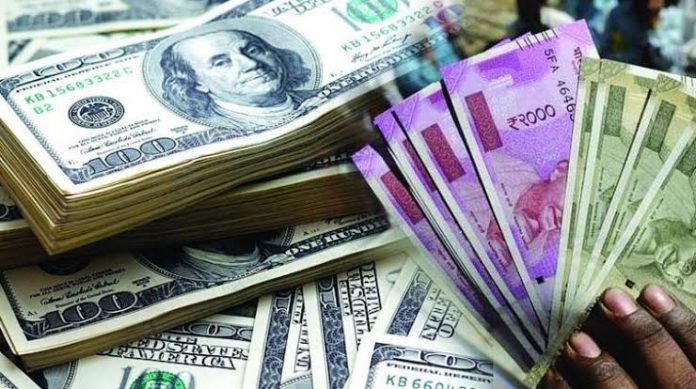 (PTI) The rupee depreciated by 11 paise to 70.95 against the US dollar in morning trade on Wednesday, as investors were cautious ahead of the US Federal Reserve’s interest rate decision.

Besides, a strengthening greenback against other overseas currencies also kept investors on the edge, forex dealers said.

However, a positive opening in the domestic equity market and easing crude oil prices supported the rupee and restricted the fall, they added.

At the interbank foreign exchange, the rupee opened weak at 70.92, then fell further to 70.95 against the American currency, down 11 paise over its previous closing price.

On Tuesday, the rupee had settled at 70.84 against the US dollar.

The US Federal Reserve is expected to announce its policy rate decision on Wednesday.

According to experts, the Fed is likely to approve its third interest rate cut in a row this year.

The dollar index, which gauges the greenback’s strength against a basket of six currencies, fell 0.02 percent to 97.70.

The 10-year government bond yield was at 6.51 percent in the morning trade.