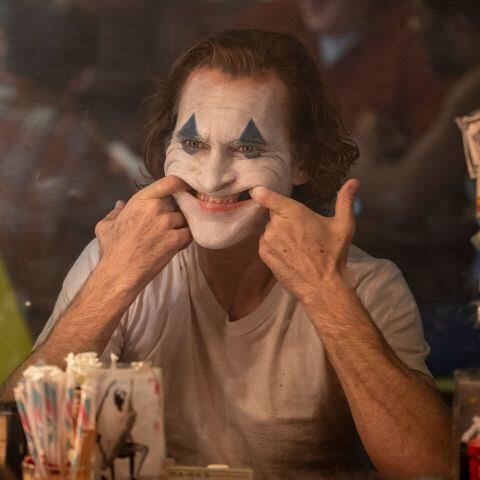 The best superhero origin stories draw their power from a strange, durable tension: an inevitable destination but an unpredictable journey. We know that Bruce Wayne will one day put on some hosiery and swoop past skyscrapers, but how he arrives there, as he did in Christopher Nolan’s “Batman Begins” (2005), needn’t be a foregone conclusion. The complications of his family life, the realization of the talents that set him apart, the embrace of a symbolically powerful alter ego: All these familiar beats can be orchestrated and synthesized in ways that will seem both recognizable and revelatory to a shrewd, pop-savvy audience.

“Joker,” Todd Phillips’ sensationally grim new movie about the fall and rise of Batman’s greatest nemesis, fulfills these conventions so that it can turn them violently inside out. With impressive skill and commitment, the director and his star, Joaquin Phoenix, reverse the moral logic of the origin story, replacing its sense of emergent order with a dark plunge into alienation and chaos. We are witnessing the formation of a classic Gotham City persona: the white-faced, purple-suited maniac who has haunted the public’s imagination since his first comic-book appearance in the 1940s. But we are also seeing the disintegration of a man’s psyche in a story that seeks to elicit our pity as well as our terror.

And let us give this particular devil his due, as the Venice International Film Festival jury did last month when it handed “Joker” the prestigious Golden Lion for best film. Phillips has long been a Hollywood specialist in the comedy of stunted male misbehavior (the “Hangover” movies, “Old School”), and in “Joker,” the barely disguised misanthropic streak that animated his earlier films comes to full, spiky fruition. His filmmaking here has a powerful and uncharacteristic lucidity, and his vision of Gotham City has its own squalid grandeur, rooted in the gloomy interiors of Mark Friedberg’s production design and the deep, enveloping shadows of Lawrence Sher’s cinematography.

The man at the center of this impeccably rotting frame is Arthur Fleck (Phoenix), already the saddest of sacks when we meet him in the summer of 1981. Arthur lives with his mother (Frances Conroy) in a cramped apartment that represents only a mild improvement on the state mental hospital to which he was admitted some time ago. He meets with a social worker (Sharon Washington) who monitors his medication, peers at the creepy images and messages in his personal journal, and looks on in stony silence as Arthur laughs and laughs and laughs.

He can’t help it. Arthur, who has nothing to smile (let alone chuckle) about, suffers from a physical condition in which he is frequently racked by noisy, uncontrollable paroxysms of laughter, an affliction that feels almost cosmic in its cruelty. His choice of profession is similarly incongruous: He’s a clown for hire, a guy who waves signs outside stores and brings a red-lipped grin to children’s birthday parties, though he really aspires to become a stand-up comedian like his popular idol, the late-night talk-show host Murray Franklin.

Murray is played, with self-aware relish, by Robert De Niro — a direct allusion to “The King of Comedy” planted in a movie that plays like an homage to “Taxi Driver.” The specters of two Martin Scorsese-De Niro classics, plus fleeting glances at other cinematic touchstones like “Psycho,” “Network” and “The French Connection,” are anything but accidental, and they signal a great deal about this movie’s prestige-pulp ambitions. “Joker” is a fun-house of cracked cinematic mirrors, a seething urban hellscape that reflects Arthur’s own inner anguish back at him. He isn’t an outcast in Gotham City after all; he is its fullest expression and worthiest subject, a green-haired mascot for a world gone mad.

That world is a breeding ground for widespread greed, apathy and corruption, though the script (by Phillips and Scott Silver) doesn’t really explore these topical avenues so much as gesture coyly in their direction. We hear news chatter of a citywide garbage strike and an infestation of giant rats. Social services, like the ones keeping Arthur just this side of sanity, are losing their funding, even as billionaire fat cats like Thomas Wayne (Brett Cullen), father of Bruce, get richer and richer. Conspicuously, the only people who seem to give the slightest damn about Arthur are all black — his social worker, an asylum clerk (Brian Tyree Henry), the across-the-hall neighbor (Zazie Beetz) who flashes him a smile — an attempt at race-conscious commentary that never fully materializes.

“Joker” is thus one of several movies this year, including “Us,” “Hustlers” and the forthcoming “Parasite,” that set the haves against the have-nots. But in contrast with those other pictures, the class satire here feels calculating and opportunistic; even before Arthur is assaulted by some sleek-suited Wall Street types on the subway, his journey feels rigged for payback. When one of Arthur’s clown colleagues (Glenn Fleshler) quietly slips a gun into his hands, you know it’s only a matter of time before he discovers his true calling as a homicidal performance artist. As Arthur dances in dreamy, cello-accompanied slow motion, intoxicated by the discovery of previously untapped talents, you might be reminded of another Joker’s famous last words: “Madness is like gravity. All it takes is a little push.”

Thus spoke Heath Ledger’s brilliant, Oscar-winning version of the character in “The Dark Knight,” a movie that, like “Joker,” attempted to loosen an iconic villain from the trappings of camp, and also from the more overtly comical interpretations of Jack Nicholson and Cesar Romero. But there’s a crucial difference, and not merely because Arthur Fleck is the first Joker to get his own feature-length closeup. Ledger’s Joker, you may recall, was a genuine anarchist who mocked any attempt to psychoanalyze him or pin down his motivations. Phoenix’s, by contrast, is very much the sum of his many broken parts, the solution to a psychological equation that has been plotted out with meticulous care and depressing rigor.

And so Phoenix, though impossible as ever to look away from, never achieves the full force of revelation; his arresting performance suggests a familiar arsenal of scowls, howls, grins and grimaces snapping methodically into place. Which is not to say that the performance isn’t persuasive. There’s real force and feeling in this Joker and, at crucial moments, a raw vulnerability that’s genuinely upsetting to behold. Even the widely publicized fact that Phoenix shed 52 pounds for the role — the kind of detail that Oscar campaigns are made of — never feels like a cheap stunt: To see the rib bones protruding from Arthur’s withered frame is to see a body that reflects the malnourishment of his mind and heart.

Phoenix’s own greatest enemy may be his already impressive repertoire of tortured souls. No living American actor plays them better: In “Joker” you can see flickers of his great performances in “The Master” and especially “You Were Never Really Here,” a very different movie about a trauma survivor who takes care of his mother while exercising his talent for violent revenge; you didn’t know what that guy would do or who he would become. In “Joker,” by contrast, you have a pretty good idea: A villain will rise, as he must, and the inevitability of that spectacle is the source of this movie’s undeniable power as well as its real limitations.

As bleak and beautiful as Phillips’ pop-realist vision of Gotham City may be, it’s also awfully overdetermined. This is a movie that wills itself to end in madness, not to express something true about human abjection or to reflect something resonant in the culture at large, but rather to fit the narrative template of a highly bankable intellectual property. You may well see that as a triumph rather than a failure, a sure sign that “Joker” is the great cinematic equalizer: a movie that obliterates the last snooty barrier between pop-cultural mythology and serious-minded drama, between art-house respectability and box-office domination.

Or, as some have already theorized, between cinematic violence and the real thing. More than a few detractors — and here I mean not my critical brethren so much as those who have denounced the movie sight unseen — have already suggested that “Joker” is not merely a depiction of sociopathic evil, but a symptom and enabler of it. Their anxiety, their fear of what might happen when the possibility of real-world violence collides with the toxicity of fanboy culture, is easy enough to understand. In this trigger-happy, politically polarized moment, the argument goes, the last thing we need is a picture that expresses a modicum of sympathy with a lonely, socially awkward, sexually undesirable white-male sociopath who finds power and release in the grip of a firearm.

That narrative summary, of course, could also apply to “Taxi Driver,” a great movie that one man famously cited as his inspiration for attempted murder. I do not invoke Scorsese’s masterpiece to suggest that Phillips has made one himself. But if “Joker” is no “Taxi Driver,” it does merit the same intellectual integrity that we bring to “Taxi Driver,” meaning that we hold it accountable for what it’s actually saying and doing, rather than for what some of society’s ugliest elements may project onto it. You may well despise the movie that Phillips and Phoenix have made, but in the end, Arthur Fleck is the only villain whose origin story they must answer for.