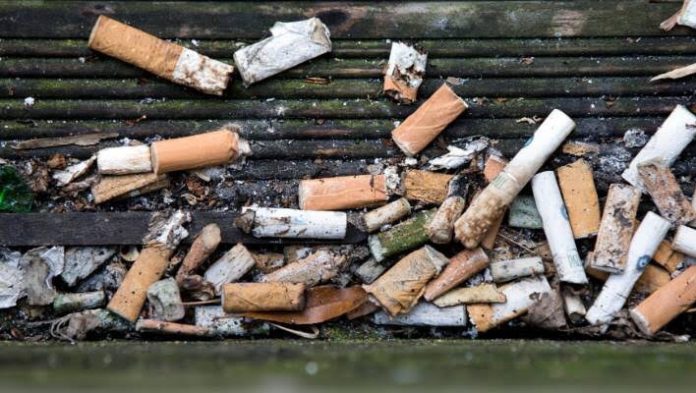 The National Youth Tobacco Survey (NYTS) is perhaps the most conventional way to learn which tobacco products young people are using. But researchers working with the Centers for Disease Control and Prevention (CDC) found a more creative method: going through high schoolers’ trash.

From July 2018 to April 2019, researchers conducted a “garbology” study of 12 California public high schools, according to field notes published Thursday by the CDC. They scoured the parking lots and perimeters of the schools, searching for discarded e-cigarettes, tobacco cigarettes and marijuana products, in hopes of both learning what kids are using—and what they’re throwing away.

In total, they found about 170 e-cigarette waste products, mostly at higher-income high schools. The majority were either nicotine pods and caps made by market-leading company Juul, or by other brands that work in Juul vaporizers. Ninety-nine percent of identifiable caps indicated flavors other than tobacco, such as mint and mango. Kids are widely thought to be attracted to flavored tobacco products, recently leading the Trump administration, and several states, to push forward plans to pull flavored e-cigarettes from the market. Last fall, Juul voluntarily stopped selling all but mint, menthol and tobacco flavors in most stores.

If anything, the researchers’ findings may be an underestimate of e-cigarette use in high schools. (And, of course, it’s impossible to prove that high school students were the ones who threw away these products.) Data from the most recent NYTS, released almost six months after the study concluded, suggests that, at a time when less than 6% of high school students smoke, about 27.5% have recently used e-cigarettes. That widespread use, along with a mysterious outbreak of vaping-related lung diseasesapparently linked to products containing THC, is contributing to mounting panic over youth e-cig use.

Across schools, the researchers also found 620 cigarette butts—about 40% of those that could be identified were menthol-flavored—and 14 cannabis waste products, such as vape pens, cartridges and packaging. They also found 87 pieces of trash from little cigars or cigarillos, predominantly at lower-income schools.

The findings aren’t only about widespread tobacco use (and divergent product use, depending on income level)—they also point to an emerging environmental concern, the researchers write in their field notes. Several e-cigarette components require special care for disposal, including the lithium ion batteries that power many vaporizing devices and the leftover liquid nicotine in vaping cartridges, which can be harmful to young children, pets and the environment. The garbology study suggests many young users aren’t taking the proper steps to recycle or safely dispose of their products. “Measures are needed to eliminate environmental contamination from e-cigarette, combustible tobacco product, and cannabis product waste in and around schools,” the authors write.