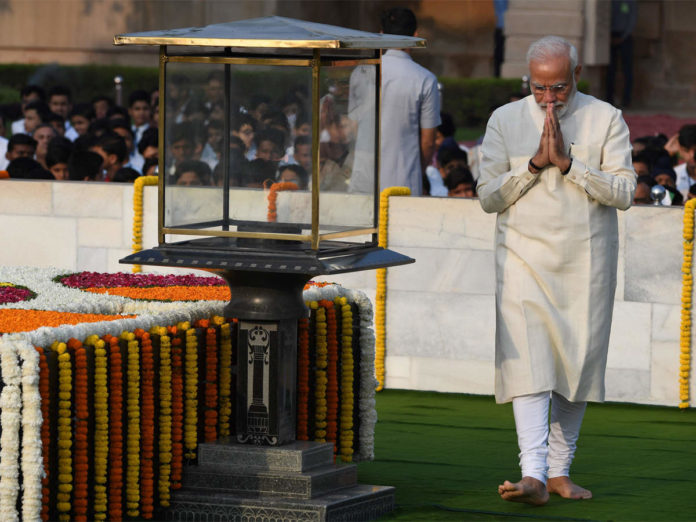 “As we pay reverential homage to the Mahatma on his 150th Birth Anniversary, let us strive to transform our lives by internalizing and implementing the Gandhian principles in our daily life,” the vice president said in his tweet.

The prime minister said the nation expresses its gratitude to Gandhi for his everlasting contribution to humanity.

“We pledge to continue working hard to realise his dreams and create a better planet,” Modi wrote on Twitter.

In a short video on Gandhi, Modi said his message of peace is still relevant to the world community.

The prime minister also referred to the seven perversions Gandhi had cautioned people about. These are: wealth without work, pleasure without conscience, knowledge without character, visit without ethics, science without humanity, religion without sacrifice and politics without principles.