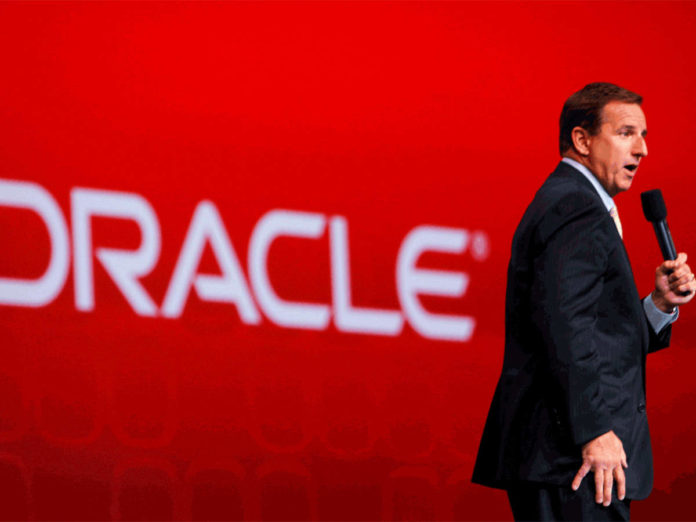 (IANS) For late Oracle co-CEO Mark Vincent Hurd, India was always a promising market and he was always committed to expand Oracle’s footprint in the burgeoning Cloud and software market in the country.

Three years back, he acknowledged this was the right time for Oracle — that has a presence in India for over 25 years — to open a data center and fulfill the country’s data compliance and regulatory requirements.

Oracle finally opened its Gen 2 Mumbai data center this month, with a promise to open another one in Hyderabad next year.

By this time, Hurd was away at the leave of absence, citing health issues.

The news of his demise at age 62 on Friday shook the global tech community including in India.

“It is with a profound sense of sadness and loss that I tell everyone here at Oracle that Mark Hurd passed away early this morning. Oracle has lost a brilliant and beloved leader who personally touched the lives of so many of us during his decade at Oracle,” the company’s founder and CTO Larry Ellison wrote in a message.

Responding to an IANS question at Oracle’s flagship “OpenWorld” conference in 2015, Hurd said that the company is “seriously working on the expansion plans in India”.

“It is really a good time for the India expansion,” he said, cheerfully, congratulating Prime Minister Narendra Modi’s vision.

In 2016, the other Oracle co-CEO Safra Catz met Modi and unveiled three big-ticket investment plans, including $400 million investment in Bengaluru, opening incubation centers and training half a million students each year — fulfilling what Hurd had always aspired for.

India today is home to Oracle’s second-largest workforce of developers and engineers and accounts for its largest research and development investment outside the US.

In 1980, he started his business career as a junior salesman at the National Cash Register Corporation (NCR) in San Antonio, known for making ATMs and cash registers.

After eight years, Hurd moved to Dayton, Ohio for a temporary assignment. He rose through the ranks of the company quickly, earning a reputation for executing on tough decisions.

In 2001, Mark became NCR’s president and was subsequently promoted to the role of CEO in 2003.

His work at NCR attracted attention from Silicon Valley, and when Hewlett-Packard (now divided into two firms, HP Inc and HPE) went looking for a new CEO in 2005, Hurd became the chief executive of one of the Valley’s oldest technology companies.

In 2007, Hurd was named one of Fortune Magazine’s “25 Most Powerful People in Business”.

Hurd became president of Oracle Corporation on September 6, 2010, and shared the position with Catz. Appointed by Ellison (CEO at the time), Mark also joined Oracle’s board of directors.

In 2014, Ellison became the CTO of Oracle, promoting Hurd and Catz as CEOs. The partnership proved fruitful and Oracle’s stock rose 30 percent with the duo at the helm.

In 2015, Mark saw an increasing trend of migration to the cloud, a vision that has been borne out in today’s market. He predicted that 80 percent of corporate data centers would be gone by 2025, shifting resources to cloud services and making Oracle’s cloud database offerings a top priority for the company.

In his pursuit to Cloud success, Hurd secured significant deals with AT&amp;T, Bank of America and Qantas Airlines, helping bring their existing databases to the Cloud with Oracle.

On September 12, Oracle announced that CEO Hurd is taking leave of absence to focus on his health. “Mark has requested a leave of absence from Oracle to address some health-related issues and we all wish him a speedy recovery,” Ellison said in a statement.