How to Prepare for an International Hunting Trip?

From psychopaths to ‘sadists’: why do humans harm the harmless?

The Immense Significance of Clarity in Leadership 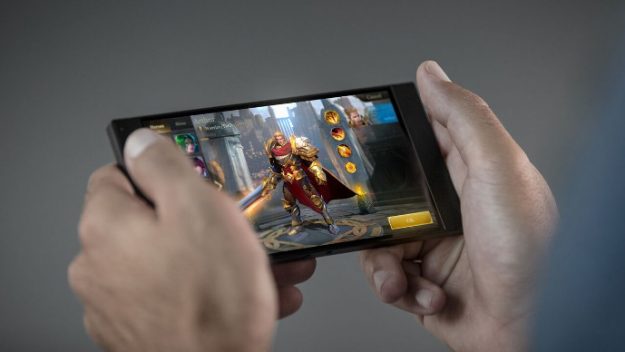 (IANS) Not just mobile or PC gaming, e-sports and particularly fantasy gaming has gained much popularity in India in recent years and the fantasy sports user base in the country is expected to reach 100 million by next year.

The number of fantasy sports operators has increased by seven times over 2016-2018, whereas the number of users has grown by over 25 times from June 2016 to February 2019.

The online gaming industry in India is expected to generate a revenue of Rs 11,900 crore by the financial year 2023, growing at 22 percent CAGR, according to a recent report by consulting major KPMG and the Indian Federation of Sports Gaming (IFSG).

In terms of total registered user base on a fantasy sports platform, Dream11, which has investors like Kalaari Capital and Tencent, is the market leader with 50 million registered users. Its user base has grown at a CAGR of over 230 percent over a period of three years.

Some of the prominent players in this segment such as Dream11, MyTeam11, Halaplay, 11Wickets, Starpick, and Fantain have also partnered with official sports leagues as their fantasy sports game partner.

Apart from these operators, prominent leagues like the Indian Premier League (IPL) run their own official fantasy leagues.

According to the KPMG-IFSG report, the ruling by the High Court of Punjab and Haryana and subsequent affirmation by the Supreme Court on Dream11’s format of fantasy sports as a game of skill rather than chance has helped spread awareness about the legality of fantasy sports and encouraged the participation of more users.

“At the same time, fantasy sports operators have also started promoting their product intensively and making conscious efforts to maintain the credibility of their website/app by partnering with official sports leagues,” says the report.

There are two models of fantasy sports games offered by these players: free to play and pay to play.

However, most of the contests are still on a ”Free to play” basis as nearly 85 percent of Dream11’s total user base plays for free.

Other revenue streams for platforms could include advertisements, contest sponsorships, and brand partnerships. Most of the popular sports like cricket, football, basketball, kabaddi are available on fantasy sports platforms.

For Dream11, cricket is the most popular sport on its platform constituting approximately 85 percent of its user base, but this has reduced over the last three years as other sports gained traction with the emergence of new leagues in India.

Though playing frequency is fairly consistent across the age groups of 18-24 and 25-36 with nearly 75-80 percent of the respondents playing one-three times a week, the 37-50 age group was seen to have a comparatively higher engagement.

Nearly 50 percent of the respondents in the 37-50 age group reported playing fantasy games more than four times a week.

The engagement frequency in the income group earning more than Rs 3 lakh per annum shows 40 percent of the respondents playing fantasy sports more than five times a week.

“This could imply that fantasy sports platforms could potentially be considered as a means for earning incremental/supplementary by comparatively lower-income groups, leading to increased engagement with the platform,” said the KPMG-IFSG report.