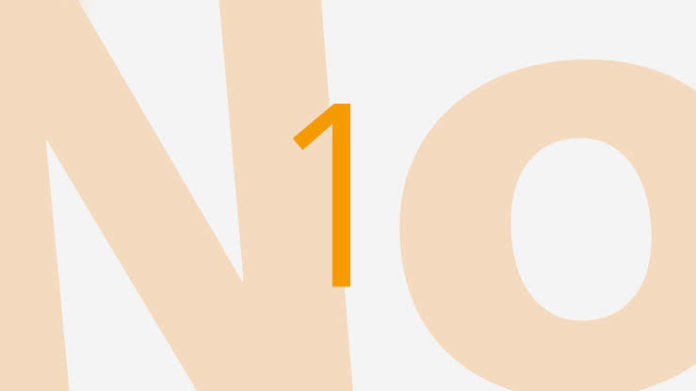 A well-known CEO recently said the world has created more data in the last two years than in the preceding 5,000, and that we’ll probably create even more than that before this year ends. In every aspect of our lives, we’re absolutely drowning in data.

Much of that data is in the form of numbers, and many businesspeople and professionals find comfort in numbers. They’re definitive and absolute, without any wiggle room. Fifteen of something is fifteen. $4,768,387.14 is a specific amount of revenue. A thickness of 0.0261 inches leaves no room for error. No wonder those businesspeople and professionals make so much use of numbers when communicating.

But there’s an inherent problem. The stakeholders those businesspeople and professionals are trying to reach — such as prospects, clients, and customers — may not grasp what those numbers really mean.

You’re probably familiar with the concept of literacy. There’s a corresponding concept related to one’s ability to comprehend numbers. It’s called numeracy, and a surprising number of Americans are extremely weak at it. In fact, more Americans are unable to deal with numbers than others around the world.

That’s not just one writer’s opinion. The 2014 Program for the International Assessment of Adult Competencies study found that American adults ranked well below their global counterparts at numeracy. The study, which is conducted every few years, uses five levels to measure numeracy among residents of 33 countries. According to the 2014 version, only 9 percent of American adults fell into the highest level of numeracy, and a whopping 28 percent scored in the very bottom category. That means better than one in four Americans can’t make sense out of numbers. It isn’t that they find math hard; to them, it’s just as incomprehensible as nuclear physics. And, in general, Americans grasp numbers less readily than people throughout the rest of the world.

So what does that mean in practical terms for those businesspeople and professionals? When you try to communicate information and concepts using statistics and other numerical representations, you’re probably losing a large chunk of your audience. Those tables and graphs you develop to illustrate your points? They might as well be doodles to many people. What you see as straightforward information appears to them to be garbled.

Keep in mind that it’s a problem not only for the 28 percent in the bottom category. People who rank just slightly above that level on the numeracy scale also struggle to understand. Only a tiny fraction — fewer than one in ten — share your enthusiasm for numerical information.

That’s why it’s important to avoid jamming your communications full of statistics and other numeric concepts. Yes, those numbers may be important to the case you’re trying to make, but if your audience doesn’t grasp them, your effort is being wasted. Even worse, the audience might misunderstand what you’re saying and come to the wrong conclusion.

Look for simpler ways to share the statistics. Instead of raw numbers, provide illustrations. I once worked for an energy company that wanted to trumpet the fact that it managed 225 billion cubic feet of natural gas annually. That’s hard to grasp, so we described it by saying they handled enough gas to fill the old Hoosier Dome 4,500 times. Turn percentages into more easily understood ratios; for example, instead of saying “20 percent of women,” say “one woman in five.” Keep your graphs and charts as simple as possible, and don’t hesitate to use rounding.

Be careful with your word choices, too. You may have earned an A in statistics, so a statement like “customer satisfaction ranks in the 74th percentile” makes perfect sense to you. If you want the average person to grasp your point, simplify that to “nearly three out of every four customers are happy with our company.” The latter may not sound as scholarly or impressive as the former, but more people will understand the message you’re trying to convey.

Some people may hesitate to go easy on numbers, thinking they shouldn’t be forced to “dumb down” what they know so others will understand it. And if you feel that way, you have a right to present the material any way you want. But what’s the point if your audience isn’t going to grasp what you’re trying to say? You’ll have wasted your time and only frustrated or confused the people you were trying to reach. Communication is all about making effective connections, and you’ll never connect if people can’t understand you.