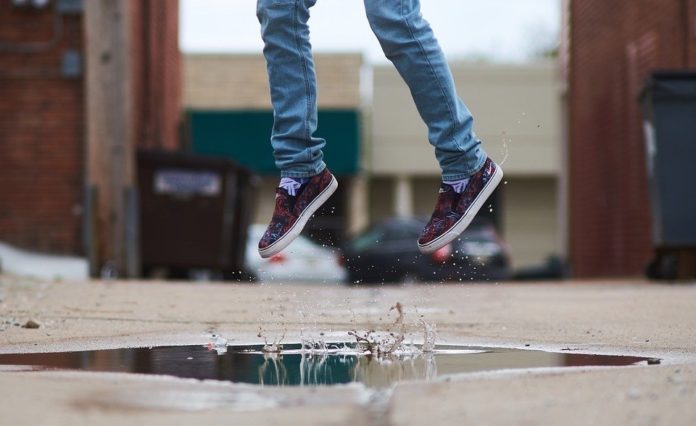 Is the glass half empty or half full?’ is a common example showing that sometimes what matters the most is usually how we perceive events and objects instead of what actually happens. If it rains on a holiday, you can either think it is bad because it ruins your day or you can think it is good because you can do something different. This wisdom will make your life much happier and less stressful.

Sometimes we just worry too much. In fact, worrying never fixes anything or it may even make things worse.

Imagine you woke up late but you had a flight to catch. What’d be the first thing that popped up in your mind? Feeling a bit nervous and a bit worried is normal but if you keep worrying about it, you can never get anything done. Whenever you feel worried, the first thing to do is to ask yourself if there’s anything you can do about it. Say for that flight, if there’s still some time left before the flight departs, you’d better get going. But if it is impossible to catch it, you’d better come up with a Plan B.

Think about the times you spent on worrying, those are times wasted. There’s so much you could have done instead. Worrying solves nothing but only makes the possible impossible.

If you break up with someone whom you think is the love of your life, you may have the feeling that the world is ending. But listen to what people around you say about this, their words maybe harsh to you but they maybe speaking the truth. They’re looking at the same thing from a different perspective. They may believe that you deserve a better person, or they may think that it is not really that bad. What controls your emotion is the belief you have in your mind.

Pain Is Only Temporary

Everybody has their ups and downs because that is exactly what keeps people alive. Inevitably there are some moments we may feel painful, and there is nothing wrong to feel the pain.

What we need to know is, pain is only temporary and you have a choice. You can either choose to be indulged in the feeling of sorrow or choose to overcome it. Like if you cut your finger, it is painful because it is the natural reaction of our bodies. It is the pain. But suffering is optional, you can end this pain by applying a bandage or going to the doctor. It takes time for wounds to heal but eventually it will. Look back to what you have been through in life, you know the bad days will pass someday. It is just a matter of time.

Happiness may be something that most of the people have been chasing for throughout their lives. It can be simple, depending on how you perceive things. What controls your mind controls your life.