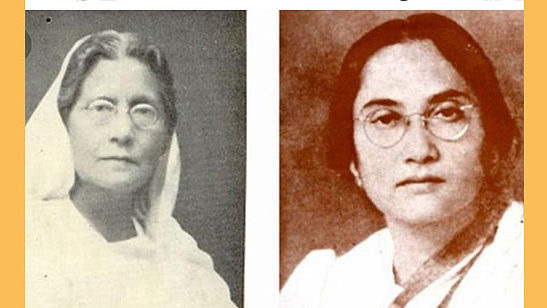 Kamini Roy was a Bengali social activist and India’s first woman honours graduate. Google has dedicated a doodle on her 155th birth anniversary.

Kamini Roy was a Bengali poetess, activist and educationist and Google has dedicated today’s Doodle to her. It is Kamini Roy’s 155th birth anniversary today and doodle is a tribute to her. She has dedicated her life to women’s education and rights during British India. Kamini Roy was the first woman who received a graduation degree in pre-independence India.

Kamini Roy was also a great poetess and writer. She was born into an elite family, Kamini Roy’s brother was the mayor of Kolkata and his sister was a Physician from Nepal’s royal family. Kamini Roy had a deep interest in Mathematics but she completed her graduation in Sanskrit.

• She was born on October 12, 1864, in Bakerganj district (now part of Bangladesh). She did her BA Honors in 1886 from Bethun College in Kolkata and then started teaching there.
• Kamini Roy met another student, Abla Bose in her college. Abla was working for women’s education and for widows. Impressed by her, Kamini Roy also decided to devote her life to women’s rights.
• Kamini Roy supported Ilbert Bill as it was introduced in 1883 during the tenure of Viceroy Lord Ripon. According to the Ilbert Bill, Indian judges were also empowered to hear cases in which European citizens were involved.
• European Citizens were protesting against this bill but Indian social workers and citizens were supporting it.
• Kamini Roy also created awareness among women through her poems. Not only this, in order to give women the right to vote in the then Bengal, she ran a long campaign.
• Finally, women were given the right to vote in the 1926’s general election. She died in 1933.

• Kamini Roy’s father, Chandi Charan Sen, was a judge and a writer. He was also a prominent member of the Brahmo Samaj. Kamini learned a lot from her father’s collection of books and she used the library extensively.
• Her writing style was simple and she used to carry easy to understand language. Kamini Roy published her first collection of verses, Alo Chhaya in 1889 and then two more books were published.
• Kamini Roy encouraged girls and women to pen down their thoughts and to study.
• She was president of Bangla Literature Summit (1930) and vice-president of Bangiya Sahitya Parishad in 1932-33.
• Kamini Roy’s notable literary contributions included Maheshweta, Pundarik, Pauraniki, Deep O Dhoop, Jeeban Patheya, Nirmalya, Mallya O Nirmalya and Ashoka Sangeet. She also wrote Balika Shikhar Adarsh, a book of songs and essays for children.