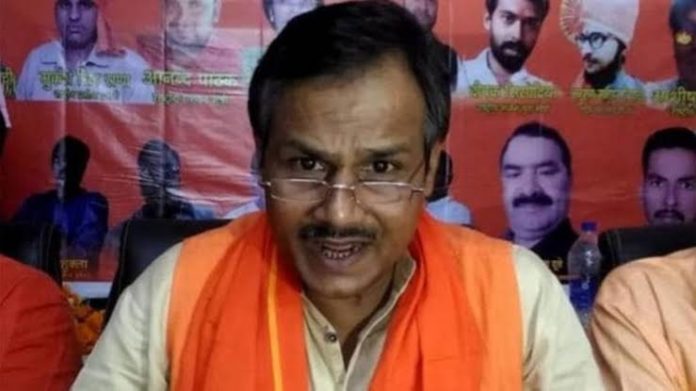 The prime accused the Kamalesh Tiwari murder case Ashfaq had allegedly used his colleague Rohit Solanki’s Aadhar Card which he forged to become a member of the Hindu Samaj Party, of which Tiwari was the founder, in order to befriend him.

It was reported that Ashfaq was working as a team-manager in the Surat office of Mumbai-based pharmacompany when he forged his colleague Rohit Solanki’s Aadhaar card and replaced Solanki’s picture with his own while leaving the other particulars as it is.

He met the Gujarat President of Hindu Samaj Party Shri Jaimin Dava in order to put forward his desire to become a member of the party.

On 3rd October, he was admitted into Hindu SamajParty and made the Varachha ward IT cell pracharak.

It was reported that Ashfaq met Tiwari in June this year and had also called up Tiwari before leaving for Lucknow and mentioned that he would come to meet him the next day.

Dave has spoken out on this matter saying the party leaders collect Aadhaar Card and other relevant details of those wanting to join the party. Ashfaq posing as Rohit Solanki sent him a friend’s request on Facebook but it did not act as a red flag or a concern because many people from Hindu SamajParty were already on his friends’ list. Dave has now submitted the documents given by Ashfaq to the Gujarat ATS.